WARNING: Some of the images in this story may cause distress

DoCS and the Family Court have failed to protect a Queensland mum's kids from her abusive ex.

At least 35 times in the past eight years, *Danielle's kids have come home from their dad's place covered in raw blistering sunburns, complaining of high temperatures and difficulty breathing.

On other occasions, they have suspicious bruises, with her youngest daughter once even arriving with such severe unexplained injuries to her mouth that she required medical attention.

However, despite the constant threat to her children’s lives, the Queensland mum-of-two tells Kidspot that she has been powerless to stop her ex from having contact with them.

“He has been reported numerous times by specialists, doctors and hospitals to the Department of Child Safety, Youth and Women (DOCS) but they have ignored all the reports,” she explains.

“They refuse to investigate as we are in Family Court – where we have been for seven and a half years.

“It is astonishing that someone would be given contact who had nothing to do with the children before our separation and has threatened to kill them." Danielle has reported her abusive ex's treatment of their kids to DoCS and the Family Court - to no avail. Source: Supplied to Kidspot

"My ex controlled every aspect of my life"

Danielle explains that her relationship with her ex was violent from the very beginning.

She compares them to Hannah Clarke’s marriage to Rowan Baxter – the Queensland mum who was burned alive with her three kids in their car after finally leaving her abusive ex-husband, who ended their lives before ending his own.

In a similar way, Danielle says that every aspect of her life,  including when she went to bed, what she ate, what she wore, how much she weighed, what TV shows she could watch, was closely monitored by her ex.

“He viewed my body as his possession and was jealous of the attention I gave the children,” she adds.

“He would regularly terrorise the children and hit them with implements. They were so tiny and young.

“I honestly believed we were going to die if I stayed with him. The last straw was he threatened to burn the house down with the children and I inside - and hit us with a sledgehammer.” Danielle told DOCS and the Family Court that her kids often come home from their dad's with severe sunburn. Source: Supplied to Kidspot

"I filed protection orders against him but police did nothing"

After Danielle managed to escape, she filed eight protection orders against her ex, which he proceeded to violate hundreds of times.

Despite these breaches, police were unwilling to take action, even as Danielle offered up concrete proof.

She showed them video and audio recording of the abuse she had suffered since leaving and also provided emails and text messages filed with terrifying threats to Danielle and her children.

“He took me to Family Court. I had to fight like hell to protect the children,” she says.

Danielle says that she presented evidence, including diary notes and medical records, to prove she had been abused by her ex.

But despite this, she was “treated like a criminal and alienator by the Family Court and him the victim”. It was in Family Court that Danielle also learnt of numerous reports that had been filed about her ex over the years – but that nothing had been done.

One document showed that DoCS had been called when her oldest child told the school: “Daddy threatened to set Mummy on fire and hit her with a hammer.”

“I wasn’t contacted at all by DoCS to ask if this was true and no investigation was undertaken,” Danielle explains.

“The abuse by their father has been reported so many times. So many notifications - so little action. I don’t understand why the courts, police and DoCS won’t do their job.”

For now, Danielle’s case remains in the Family Court, with her ex allowed to see the kids every other weekend and during the school holidays.

As they are still in court, DoCS have said they are unable to investigate the claims of abuse – instead encouraging Danielle to protect her kids to the best of her ability.

“I have told them pointblank I cannot protect the children when they are not in my care and when there is a proven history of abuse but they ignore it,” she says. 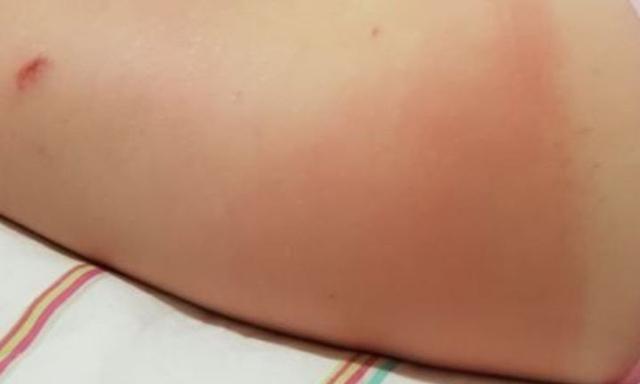 Danielle says she doesn't understand why DOCS and the Family Court don't help protect her kids from her abusive ex. Source: Supplied to Kidspot

Danielle remains terrified that her ex’s “neglectful parenting” will cause “serious and even life-threatening consequences” for the kids if something isn’t done soon.

As it is, her ex’s abuse has already had an impact on them, with the children suffering from complex trauma and anxiety disorders.

“It has led to extreme acting out by our oldest and very difficult to manage behaviours,” Danielle explains.

“I feel like it’s a Humpty Dumpty situation where I am always trying to put the pieces of the children back together again after every visit.

“Unfortunately, they view his behaviour as normal.

“They are desperate for the love and attention he is incapable of giving him.

“Unfortunately, that leads children to search for the love and approval from inappropriate places and people.”

Danielle has decided to share her story to shed light on the fact that our current legal system can “enable and facilitate abusers to continue the control and abuse of their victims”.

She calls for changes to child protection legislation, explaining that relying on traumatised parents to protect kids from their abusers doesn’t work.

“The job of DoCS is the protection of children, but the Family Court ties their hands,” she adds.

“The Family Court is forcing us to hand our children over to their abusers.

“All the words about preventing domestic violence by courts and the police is just empty rhetoric.

“I feel there is no real help out there as I have been left on my own to try to protect the children from abuse and neglect from their father.”

*Name has been changed

If you or someone you know is experiencing violence at home, help is available. Contact 1800 RESPECT, White Ribbon or alternatively, click here to see a variety of support services available by state. If you believe you are in immediate danger, please contact police on 000.