Changing how we interact with each other to overcome the coronavirus pandemic and avoid a second wave is the “most worrying thing”, Australia’s Chief Medical Officer has stressed.

Asked by ABC’s 7:30 host Leigh Sales what keeps him up at night, Professor Brendan Murphy said the re-emergence of a larger – and more deadly – wave of COVID-19 is “the most worrying thing of all”.

The most important step is changing behaviour and how people interact with each other as states slowly ease restrictions and cautious steps back to normality are taken – or, in the case of some less-than-sensible shoppers, rush – towards normality, Professor Murphy said.

If we’re going to live with this virus for months in an economy that is more open, we have to change our fundamental way of human interactions,’’ he said.

Professor Murphy reiterated the current danger posed by the coronavirus.

“It can spread really quickly and if people aren’t careful and we have lots of pockets of outbreaks and widespread community transmission and thousands more cases, that is what worries me most,” he said.

But he conceded that was unlikely because “we are as well prepared as we could be”.

But it will only work if every citizen does the right thing.’’
– CMO Dr Brendan Murphy, speaking on ABC on Monday night

Countries should first ask themselves “is the epidemic under control”, WHO director-general Tedros Adhanom Ghebreyesus said.

1. Is the epidemic under control?
2. Can the health system cope with a possible resurgence of cases?
3. Is there an ability to track and trace new cases and their contacts?" 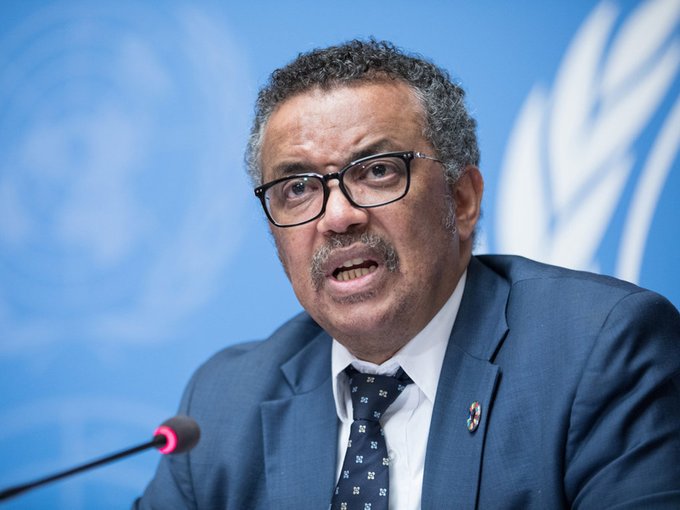 Only those who have brought the virus under control should start lifting restrictions, but that process should be “slow” and “steady”, Dr Tedros said.

They should, at the same time, keep “a vigilant eye on the virus so that control measures can be quickly implemented if an upswing in cases is identified”, he added.

Natural attractions across Tasmania were reopened on Monday, but residents are only permitted to exercise in parks within 30 kilometres of their home, and campsites and visitor centres remain shut.

Up to 10 guests will be allowed at weddings, while funerals can have 20 mourners indoors and 30 outdoors.

Real estate home inspections and auctions can resume with a 10-person limit, while children will return to schools and child care.

NSW announced it would follow phase one, but regional travel within the state was still banned. Work from home is still encouraged.

The staged return to school classrooms begins in NSW and Queensland on Monday, while Victoria has announced a gradual staged return for term two.

South Australia is allowing all regional accommodation to reopen from Monday, including caravan parks, hotels, motels and Airbnb services.

The ACT is allowing outdoor gatherings of up to 10 people from Saturday but dining out will not restart immediately.

The Northern Territory has relaxed restrictions on parks, golf, fishing and swimming.

In Queensland, shopping for non-essential items is permitted while up to five members of a single household can visit other homes.

Australia has recorded about 6948 cases to date, with fewer than 770 active cases.