Cardinal George Pell has released been from prison after the High Court ordered his child sexual abuse convictions to be quashed “and judgments of acquittal be entered in their place”.

The most senior Catholic in the world to be convicted of child sexual abuse this morning learnt his final appeal bid to the High Court had been a success, releasing a statement saying he felt as though the “serious injustice” he suffered while maintaining his innocence had been “remedied”.

The Volkswagen followed a white Mercedes out of the gates. Picture: MatrixSource:Matrix

The full bench of seven judges were unanimous in their decision, finding that the jury, acting rationally on the whole of the evidence, ought to have entertained a reasonable doubt as to Pell’s guilt.

The judgment was handed down at 10am in Brisbane on Tuesday with just three people reportedly sitting in the public gallery and four standing by the door to hear Chief Justice Susan Kiefel AC say Pell would be let free from Barwon Prison in Victoria.

This occurred at 12.30pm on Tuesday when a white Mercedes followed by a black Volkswagen - with Cardinal Pell inside - drove out of the gates.

Pell, 78, was convicted in December 2018 of raping a 13-year-old choirboy and molesting his friend after a Sunday Mass at St Patrick’s Cathedral in Melbourne in 1996.

He has maintained his innocence since being confronted with the allegations by Victoria Police in Rome four years ago, but a jury of 12 and Victoria’s Court of Appeal ruled otherwise.

Outside court in Melbourne in May 2018. Picture: Asanka Brendon Ratnayake/APSource:AAP

Reporters gathered outside the prison as the judgment was delivered thousands of kilometres away in Brisbane. Picture: Quinn Rooney/Getty ImagesSource:Getty Images

Pell spent more than 400 days behind bars since being taken into custody last February.

Pell’s lawyers had argued the jury was wrong and the appeal court majority made a mistake.

The appeal bid was based on two grounds – firstly that Chief Justice Ann Ferguson and President Chris Maxwell made an error in requiring Pell to prove the offending was “impossible” in order to raise reasonable doubt. Secondly, his lawyers argued the judges erred in concluding the guilty verdicts were not unreasonable, because of findings there was reasonable doubt as to his guilt.

The High Court has unanimously quashed the child sexual abuse convictions of Cardinal George Pell meaning he will be immediately freed from prison.

“Today, the High Court granted special leave to appeal against a decision of the Court of Appeal of the Supreme Court of Victoria and unanimously allowed the appeal,” a summary of the Pell v The Queen 2020 judgment states.

“The High Court found that the jury, acting rationally on the whole of the evidence, ought to have entertained a doubt as to the applicant's guilt with respect to each of the offences for which he was convicted, and ordered that the convictions be quashed and that verdicts of acquittal be entered in their place.”

The judgment further stated with respect to each of Pell’s convictions, there was “a significant possibility that an innocent person has been convicted because the evidence did not establish guilt to the requisite standard of proof”.

The High Court found the Victorian Court of Appeal majority – Chief Justice Anne Ferguson and President Chris Maxwell – had failed to engage with the idea that against a body of evidence, the complainant's account was not correct.

They put aside the likelihood of two robed choirboys slipping away from the procession without being detected, as well as their ability to find altar wine in an unlocked cupboard and for Cardinal Pell to expose his penis through his ornamental robes.

Instead, they focused on the evidence that placed Cardinal Pell at the front of the cathedral for at least 10 minutes after Sunday Masses in December 1996.

They pointed to the fact Cardinal Pell was in the company of Monsignor Charles Portelli when he returned to the priest's sacristy to remove his vestments and there was continuous traffic in and out of the sacristy for up to 10 minutes after the altar servers completed their bows to the crucifix.

Cardinal George Pell presides over a mass in Sydney in 2008. Picture: Paul Miller/AAPSource:AAP

A fifth conviction relating to a second alleged incident, in which the surviving choirboy claimed he was molested by Cardinal Pell in a corridor, was also quashed.

"The assumption that a group of choristers, including adults, might have been so preoccupied with making their way to the robing room as to fail to notice the extraordinary sight of the Archbishop of Melbourne dressed 'in his full regalia' advancing through the procession and pinning a 13-year-old boy to the wall, is a large one," they said.

"The capacity of the evidence to support the verdict on this charge suffers from the same deficiency as the evidence of the assaults involved in the first incident."

“I have consistently maintained my innocence while suffering from a serious injustice,” Cardinal Pell said in a statement after the judgment was delivered on Tuesday morning.

“This has been remedied today with the High Court’s unanimous decision.”

He said he looked forward to reading the judgment and the reasons for the decision, spanning 26 and 38 pages respectively.

Pell said justice had prevailed and thanked his legal term for their “unwavering resolve … to throw light on manufactured obscurity and to reveal the truth”.

He said he holds no “ill will” towards his accuser.

He said his trial was not a referendum on the Catholic Church or how Australian church authorities dealt with paedophilia.

"The point was whether I had committed these awful crimes, and I did not," he said.

In a far cry from Pell’s past appearances in court, the judgment was delivered in an almost empty High Court registry in Brisbane as a result of social distancing measures introduced due to the coronavirus pandemic.

“I am aware of the current health crisis. I am praying for all those affected and our medical frontline personnel.”

Pell escorted from the Supreme Court of Victoria in August 2019. Picture: William West/AFPSource:AFP

“We respect the decision of the High Court in this matter and continue to provide support to those complainants involved,” the force said in a statement on Tuesday morning.

“Victoria Police remains committed to investigating sexual assault offences and providing justice for victims no matter how many years have passed.

“We would also like to acknowledge the thorough work on this case by Taskforce Sano investigators over many years.”

Supporters of George Pell hold up a crucifix while singing prayers outside the High Court of Australia in Canberra last month. Picture: Lukas Coch/AAPSource:AAP

TIMELINE OF THE GEORGE PELL CASE 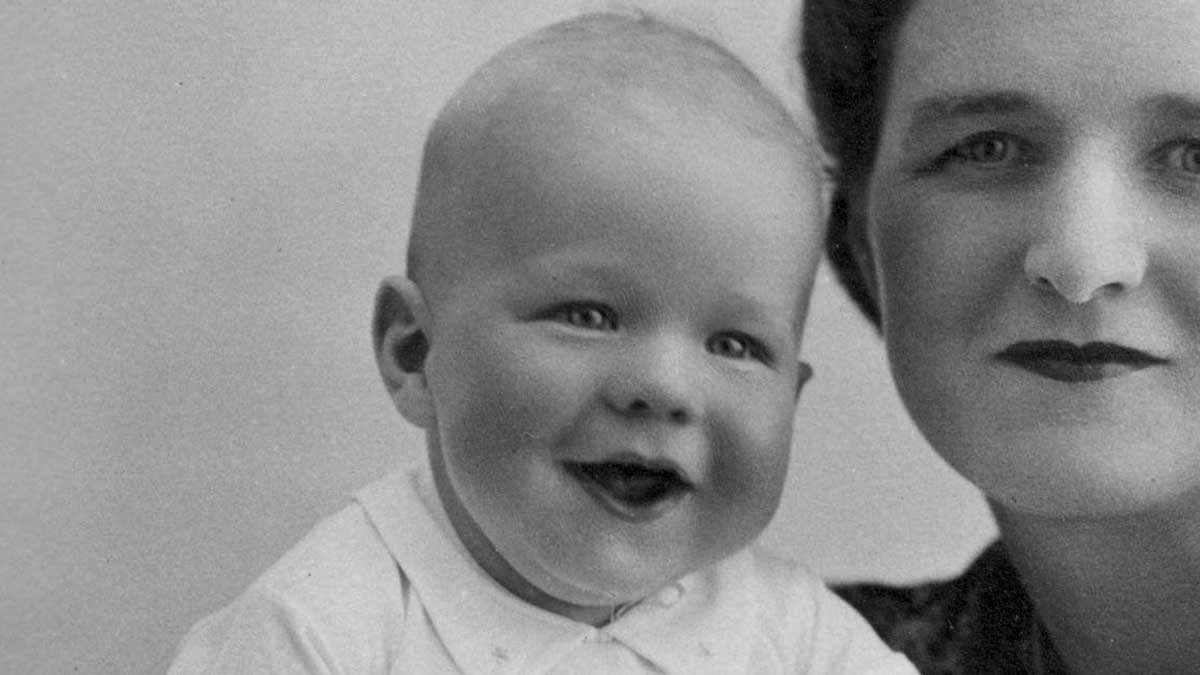 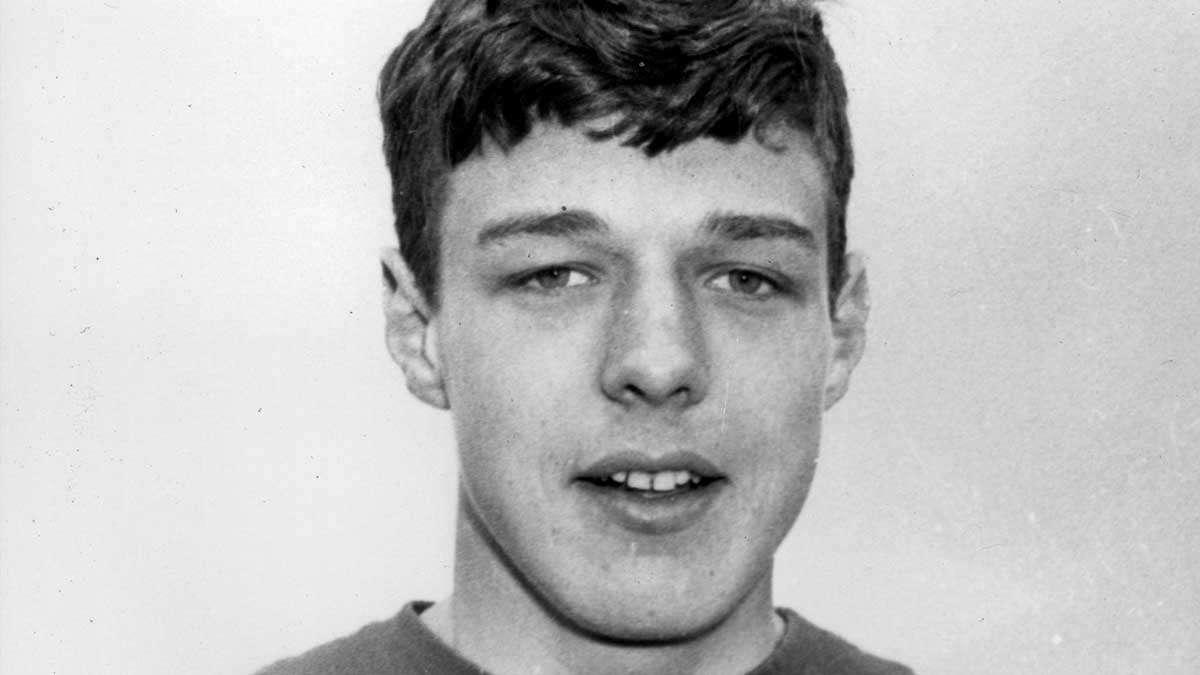 Educated at St Patrick’s College and Corpus Christi College in Victoria, Urban University in Rome. Has a PhD in church history from Oxford University, and a masters in education from Monash University.

Studied for the priesthood at Werribee and at Rome’s Propaganda Fide College from 1960 to 1966.

Ordained a priest for the Ballarat diocese in St Peter’s Basilica.

Principal of the Institute of Catholic Education until 1986. 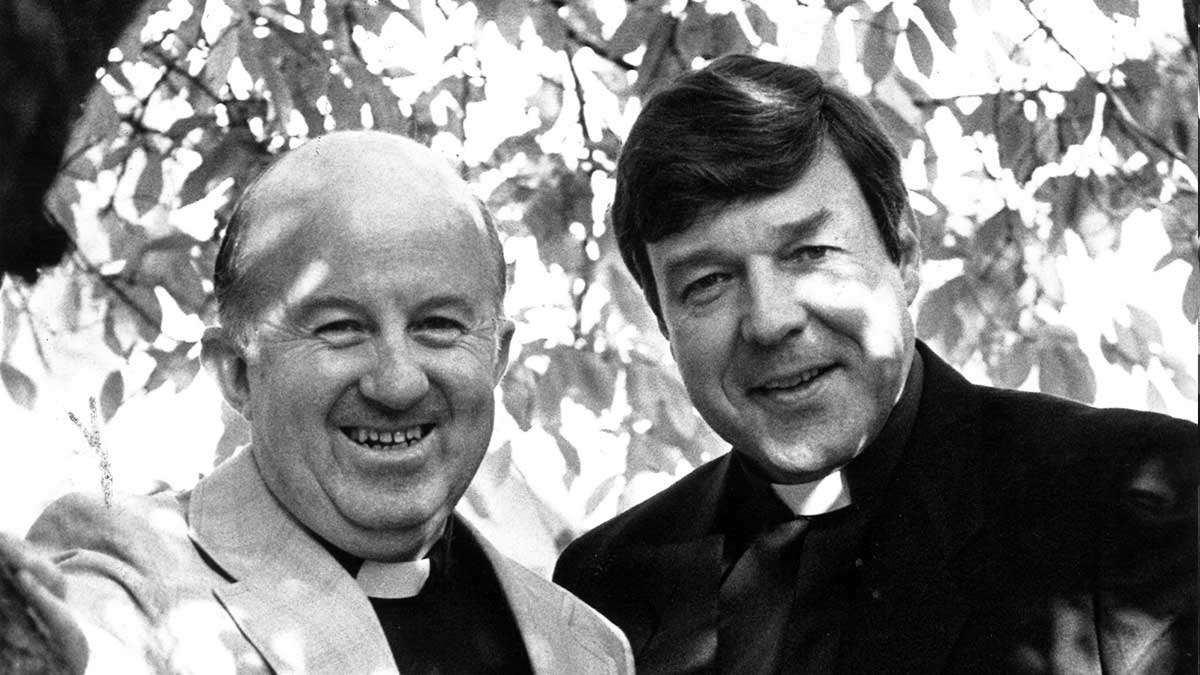 Moving up the ranks 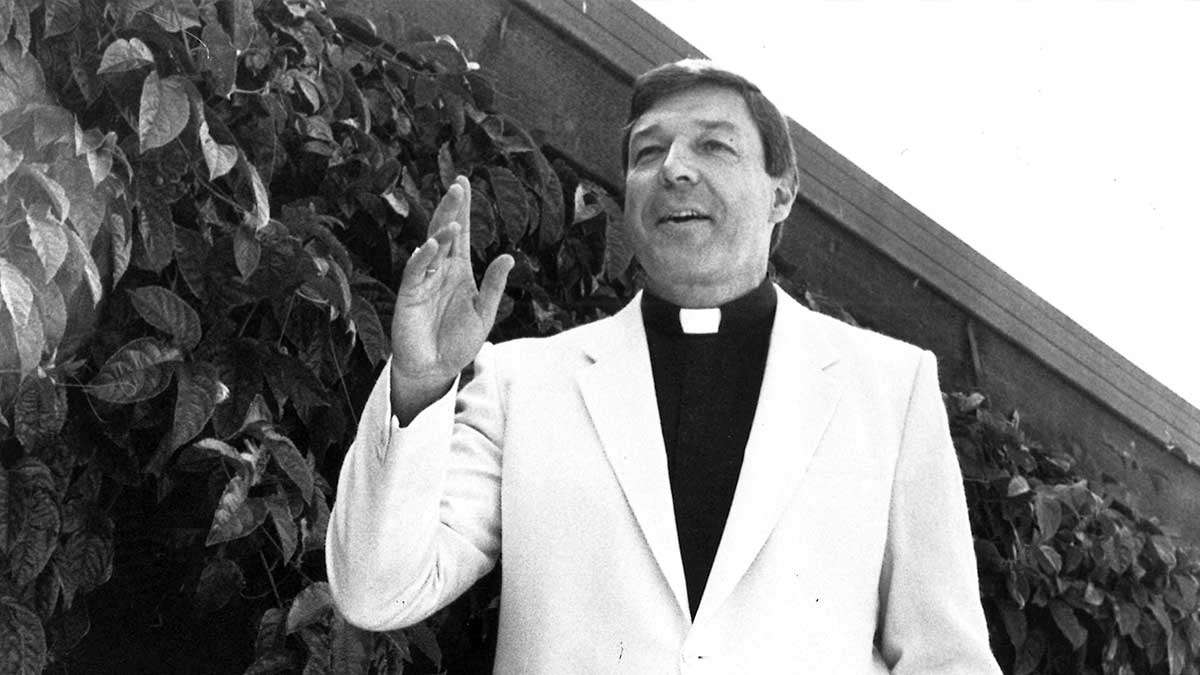 Appointed Chairman of Caritas Australia. Held the position until 1997. 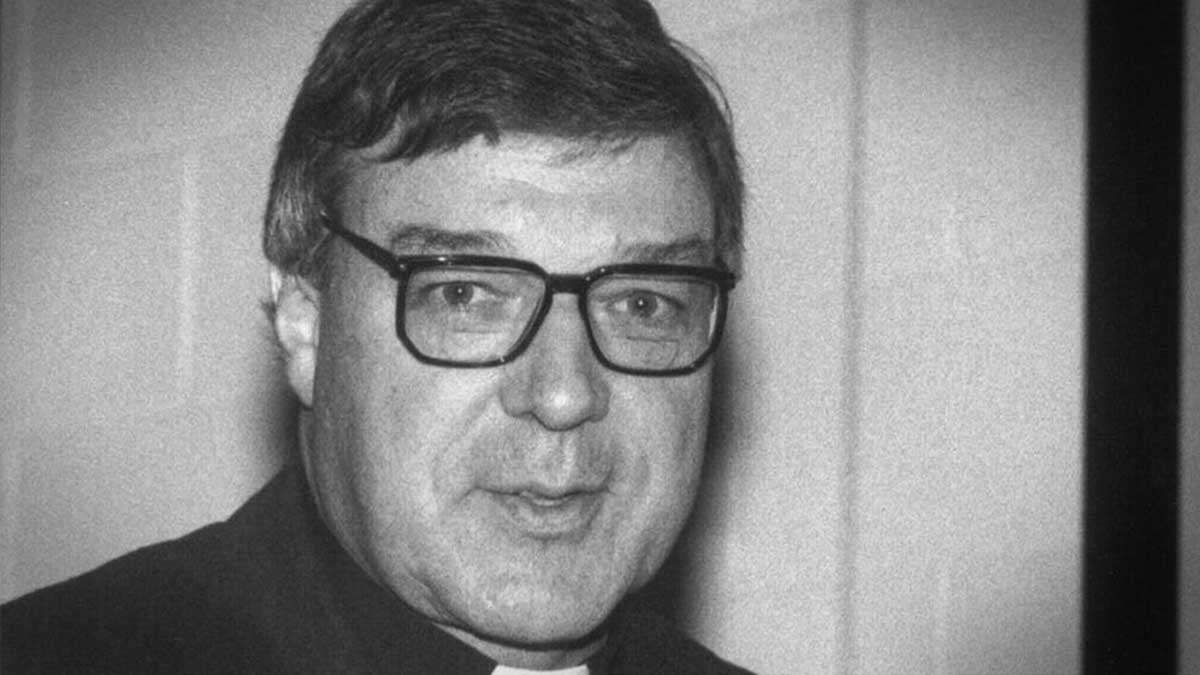 Became chairman of the committee that established the Australian Catholic University. 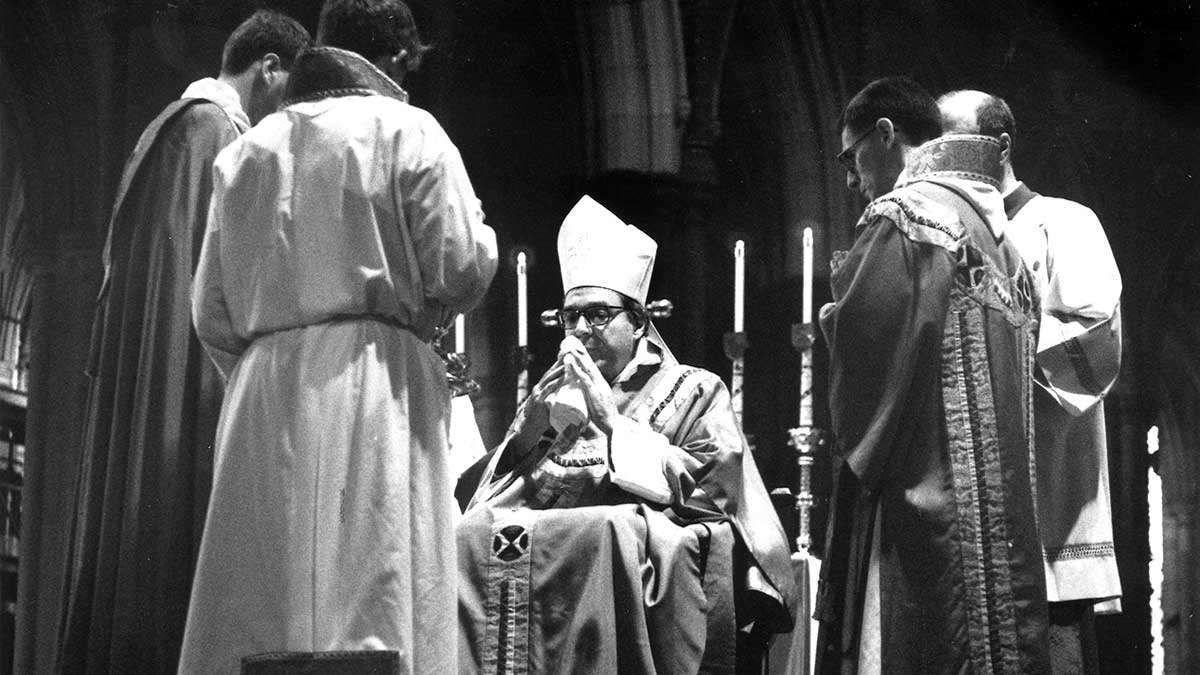 Member of the Vatican Congregation for the Doctrine of the Faith. Held position until 2000. 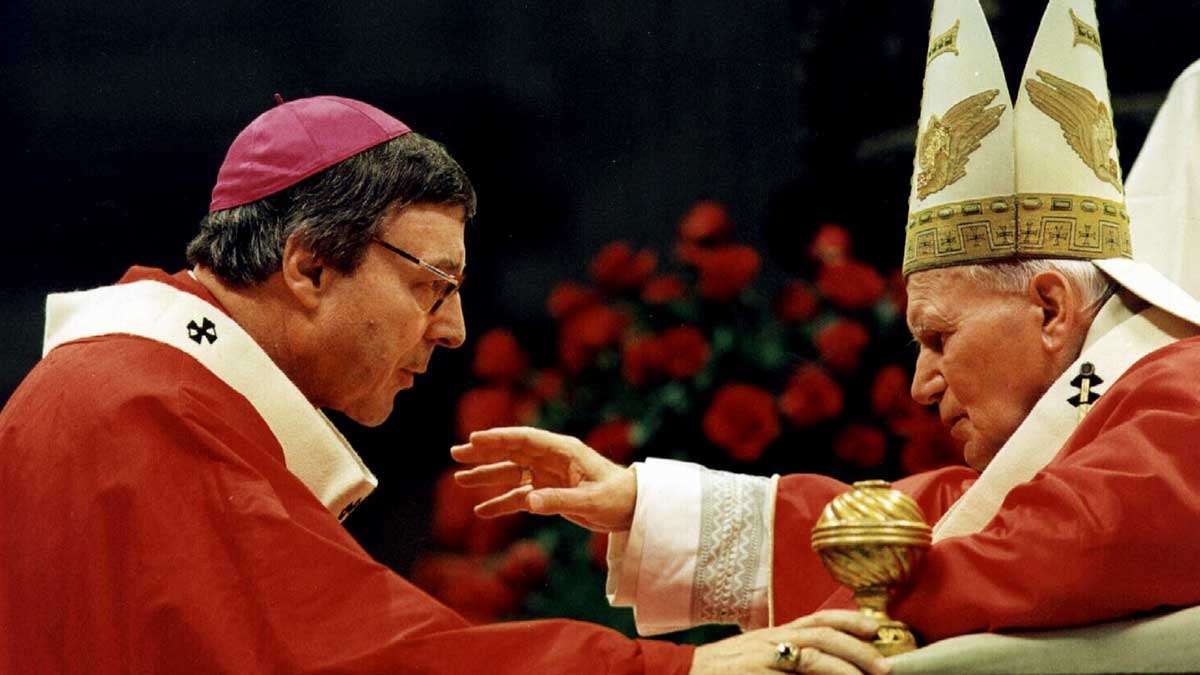 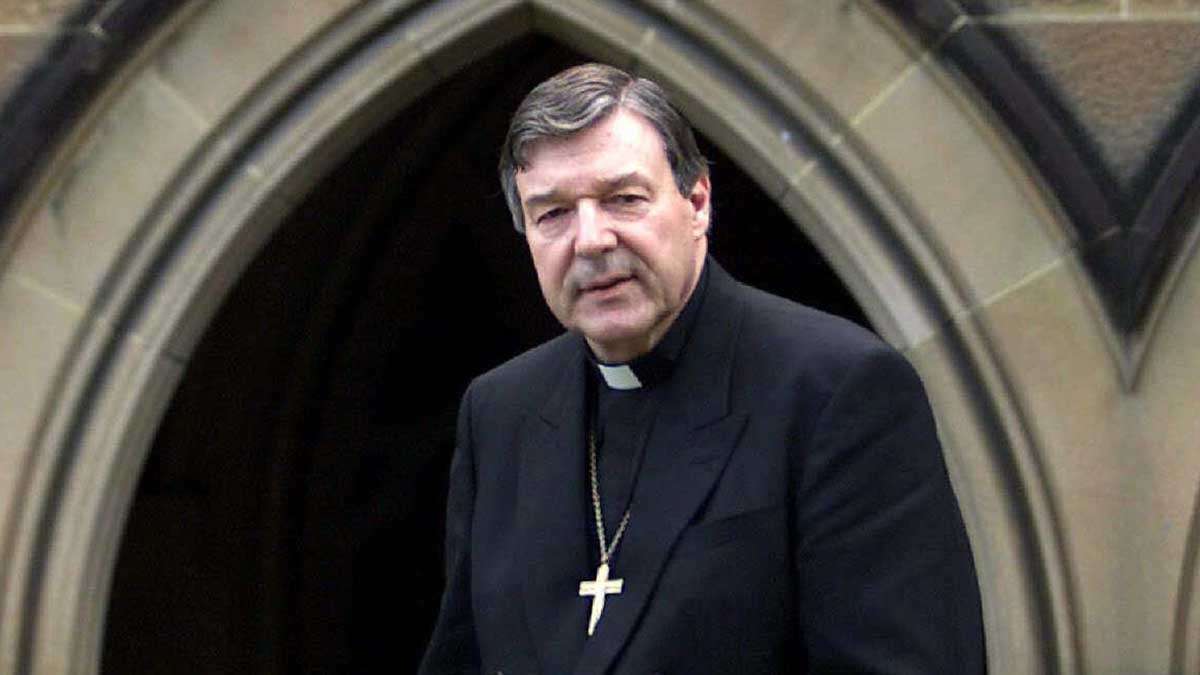 Promotion at the Vatican 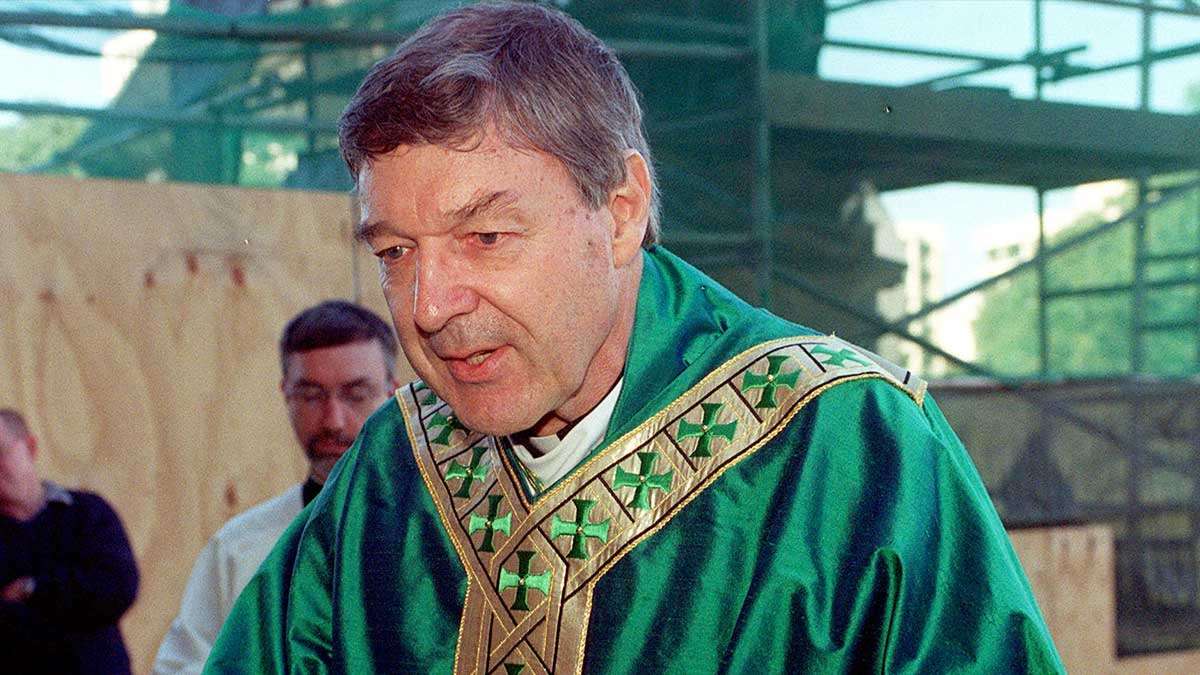 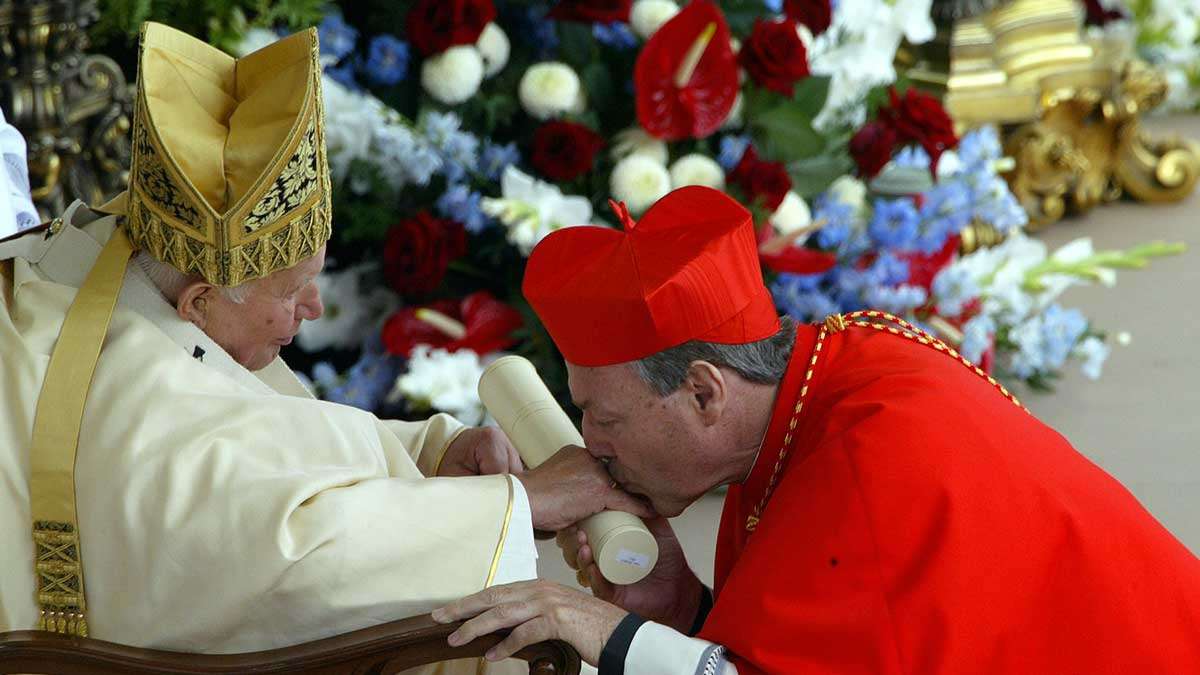 Elected to College of Cardinals. Awarded the Centenary Medal for services to Australia. 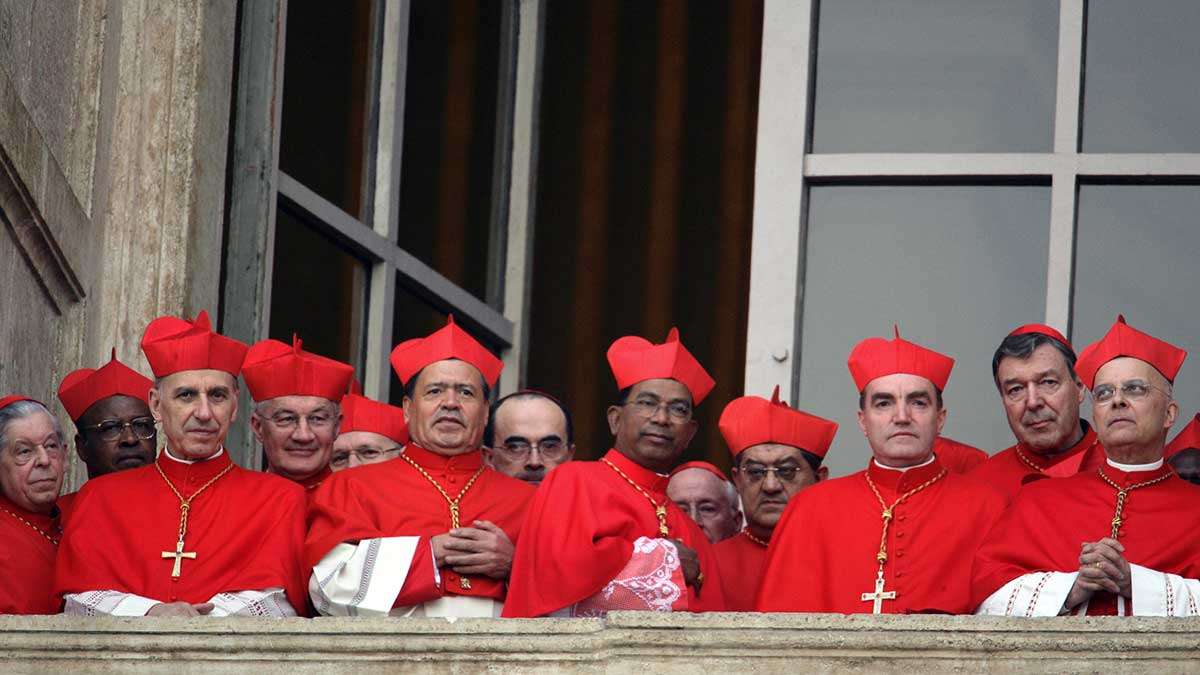 Part of papal Conclave which elected Pope Benedict XVI after death of John Paul II. Awarded the Companion of the Order of Australia “for services to the Catholic Church in Australia and internationally”. 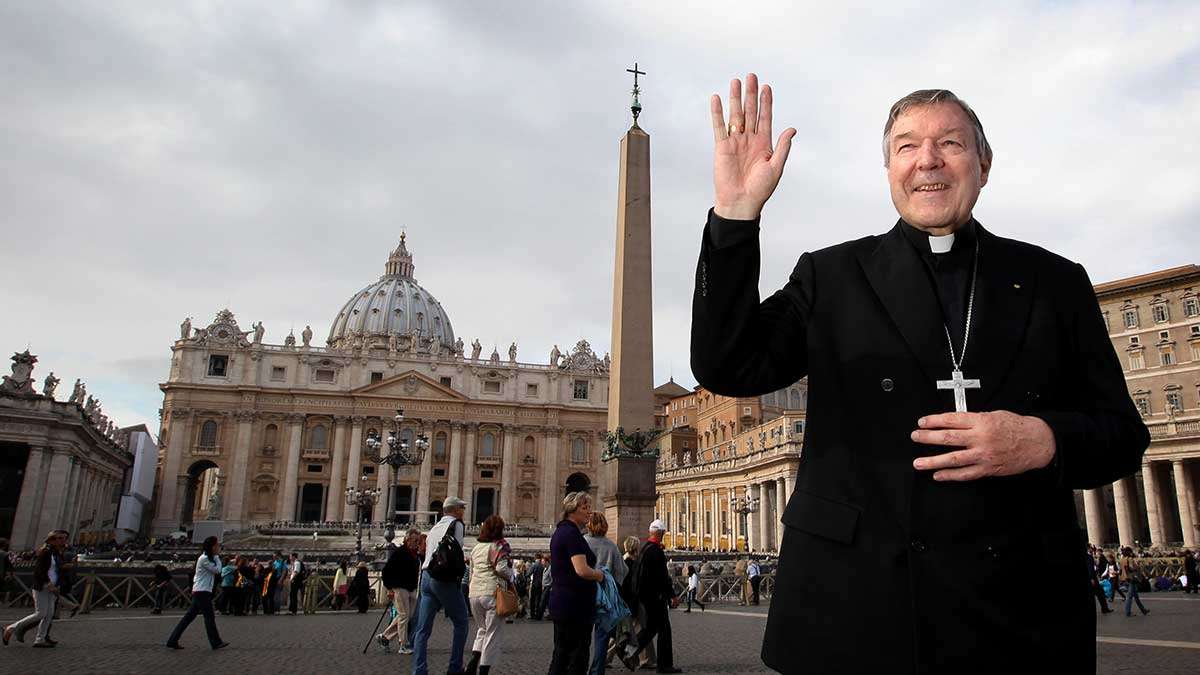 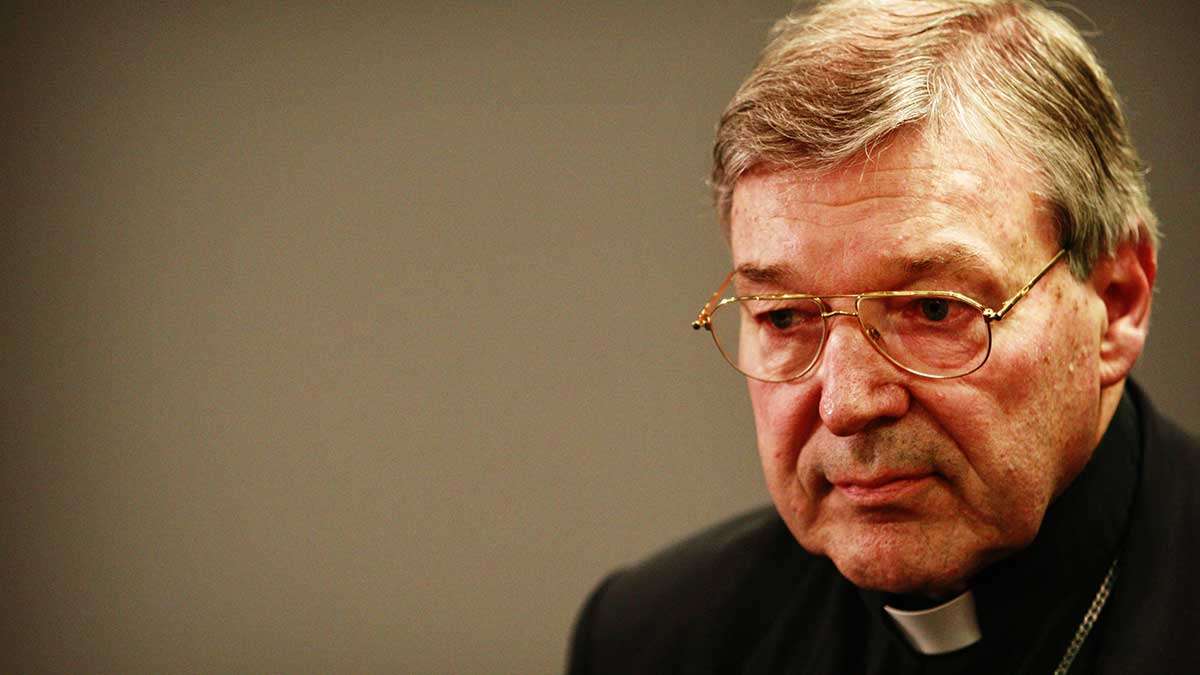 Appointed a member of the Congregation for Bishop. 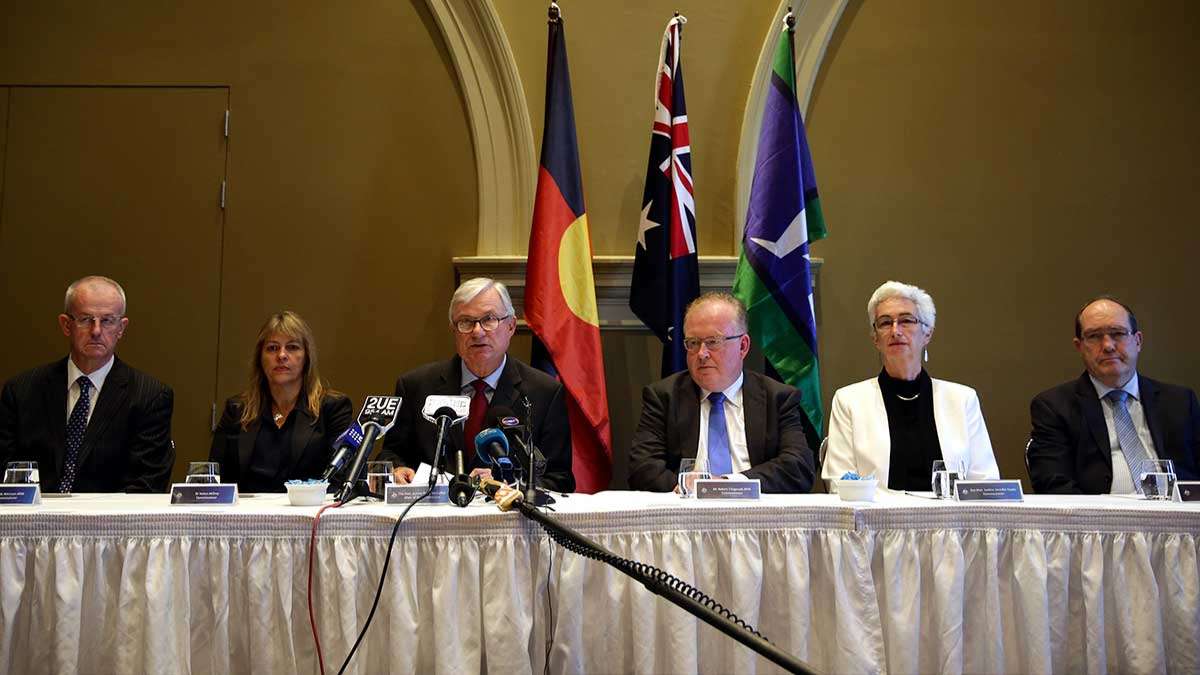 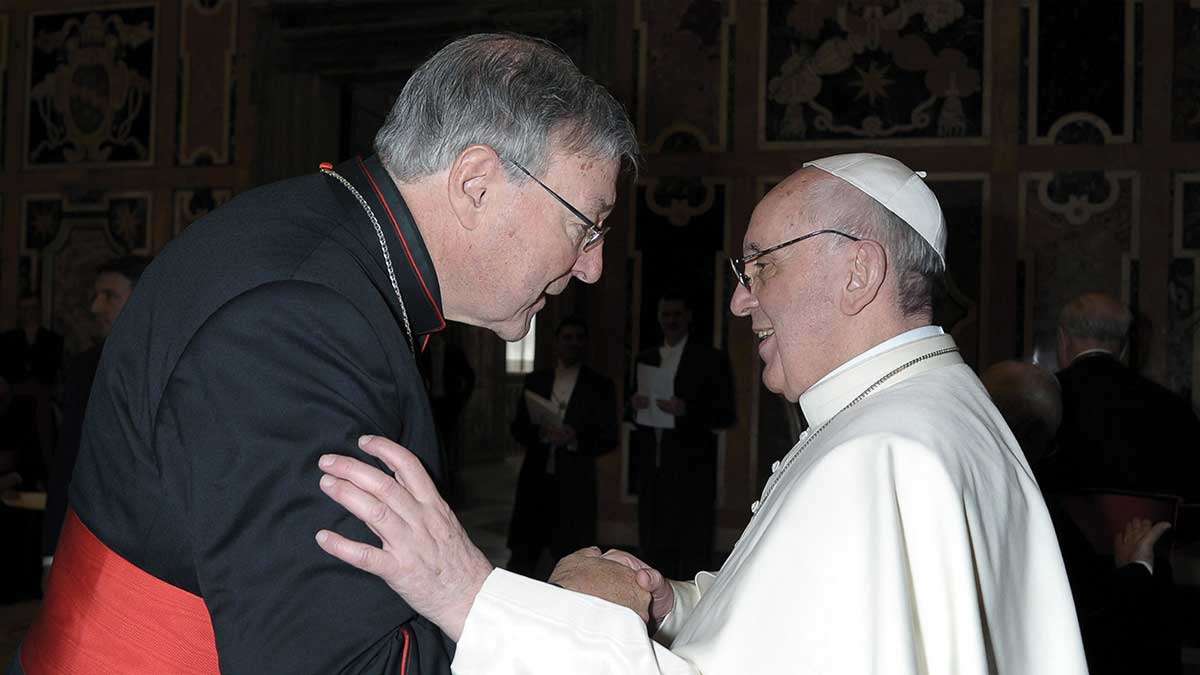 One of eight cardinals appointed to advise the Pope on how to reform the Catholic Church. 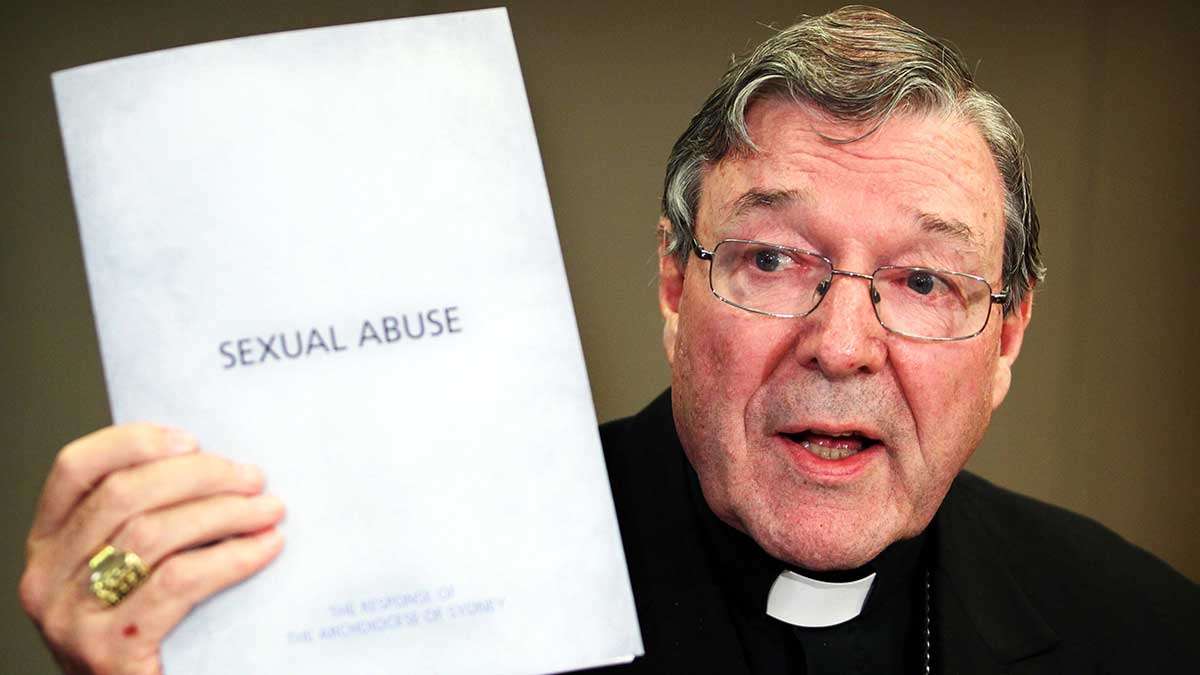 Pell gave evidence before Victoria's Parliamentary Inquiry into the Handling of Child Abuse by Religious and other Organisations. 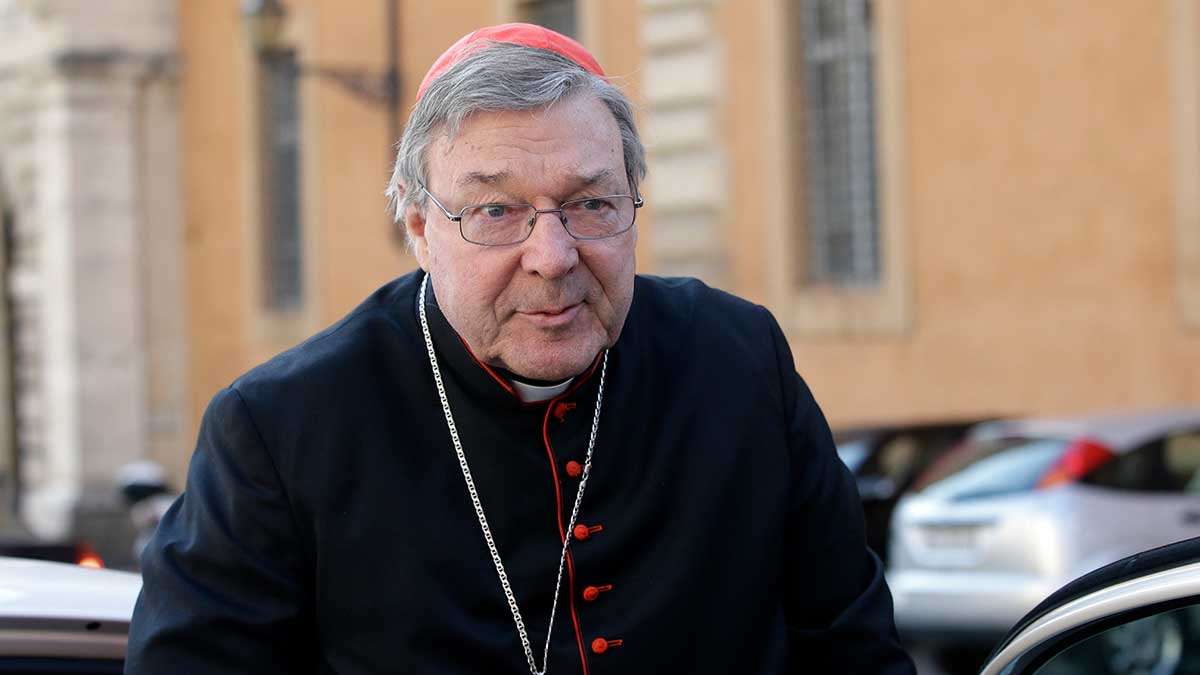 Appointed as first cardinal-prefect of the newly created Secretariat for the Economy – making him responsible for Vatican budget. 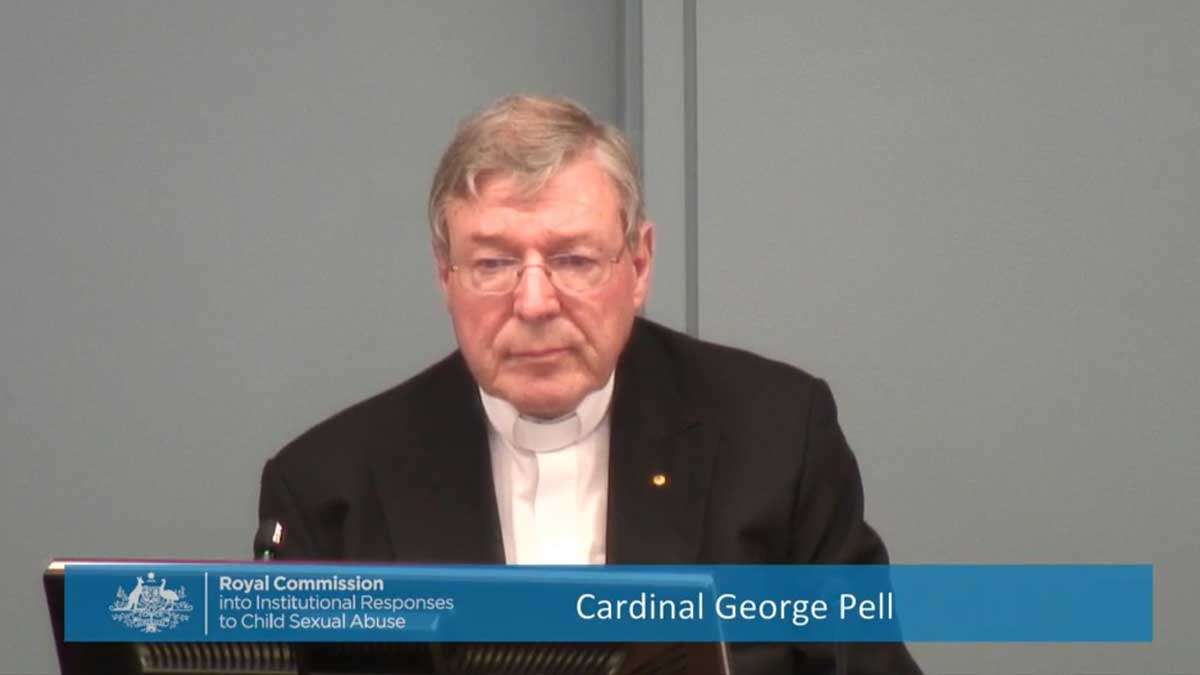 Pell's health concerns return, with heart condition judged serious enough to prevent air travel from Italy to Australia to appear before the Royal Commission into institutional responses to child sex abuse. He appeared via video link. 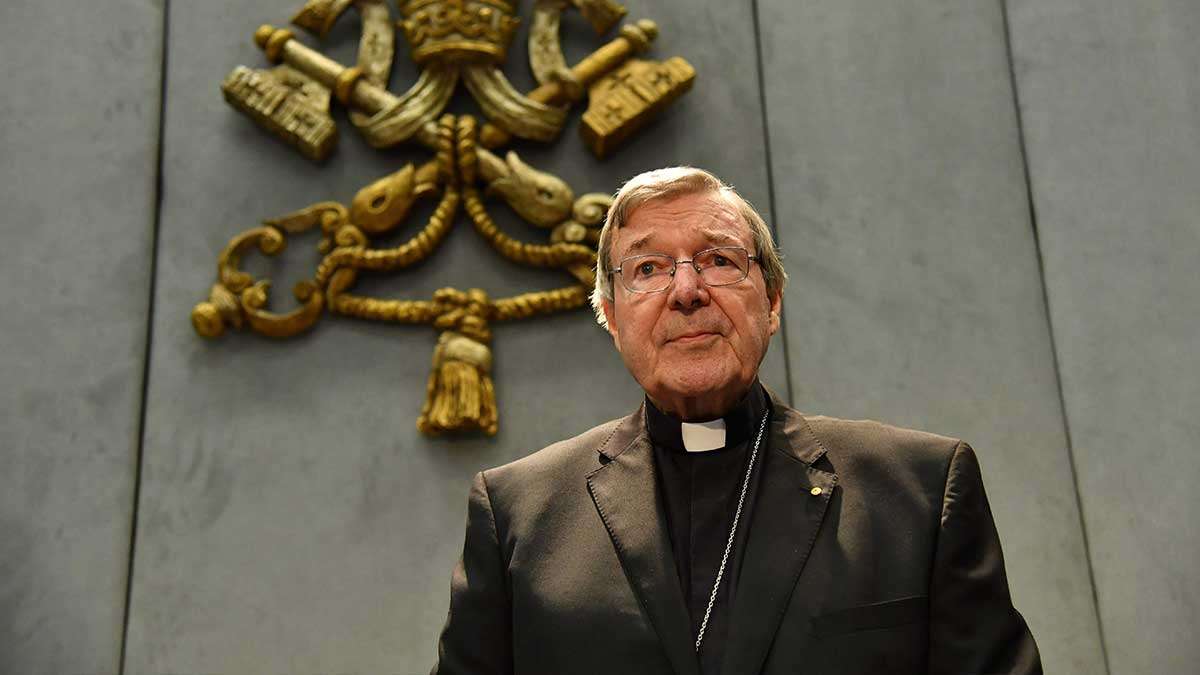 Charged with historic sex offences on June 29. Required to appear at Melbourne Magistrates Court for a hearing. Pell strenuously denied wrongdoing and vowed to fight the charges. 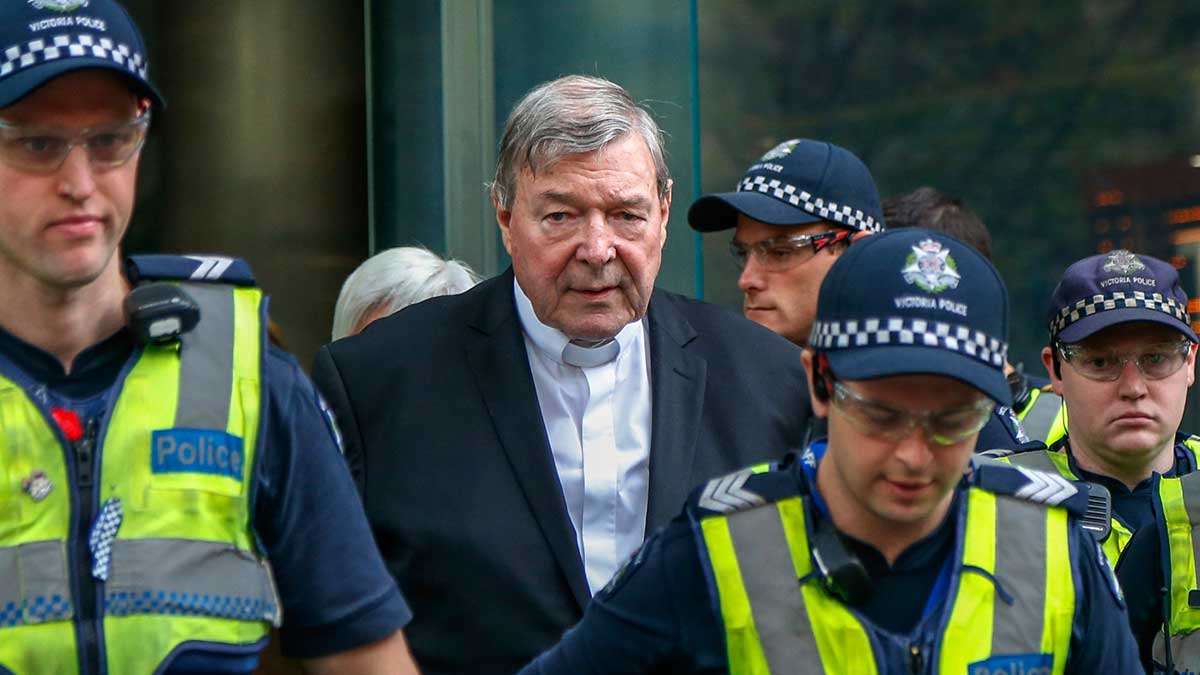 Pell committed to stand trial on several historical sexual offence charges. Pell entered pleas of not guilty. As a bail condition, Pell surrendered his Vatican passport and was not permitted to leave Australia. 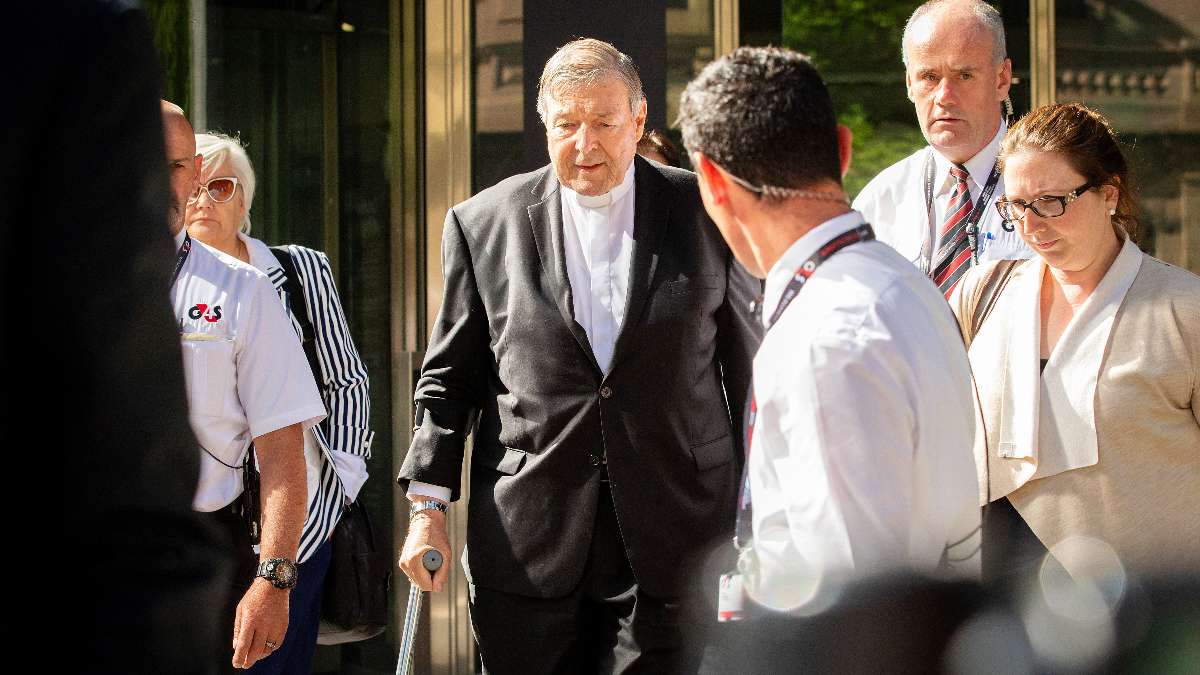 Pell was convicted on five counts of child sexual abuse of two boys in the 1990s, after a jury returned a unanimous guilty verdict. Australian media was banned from reporting the result. 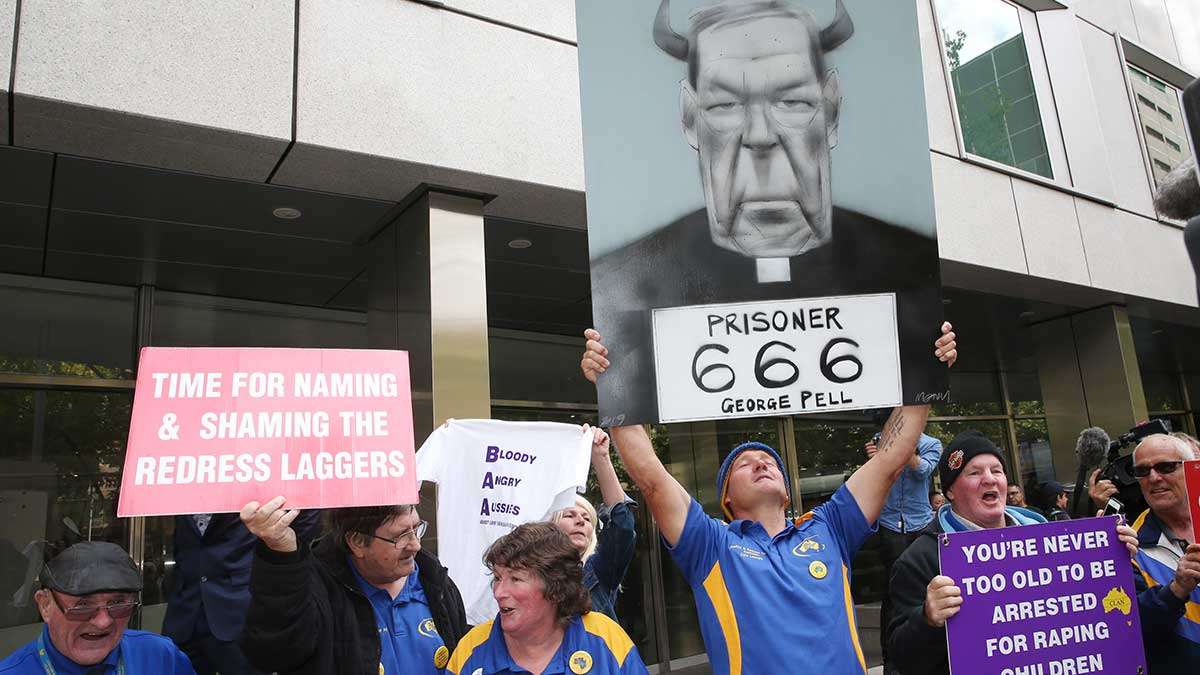 Pell sentenced to six years in prison and made to sign sex offenders register. He will be eligible for parole after 3 years and 8 months. 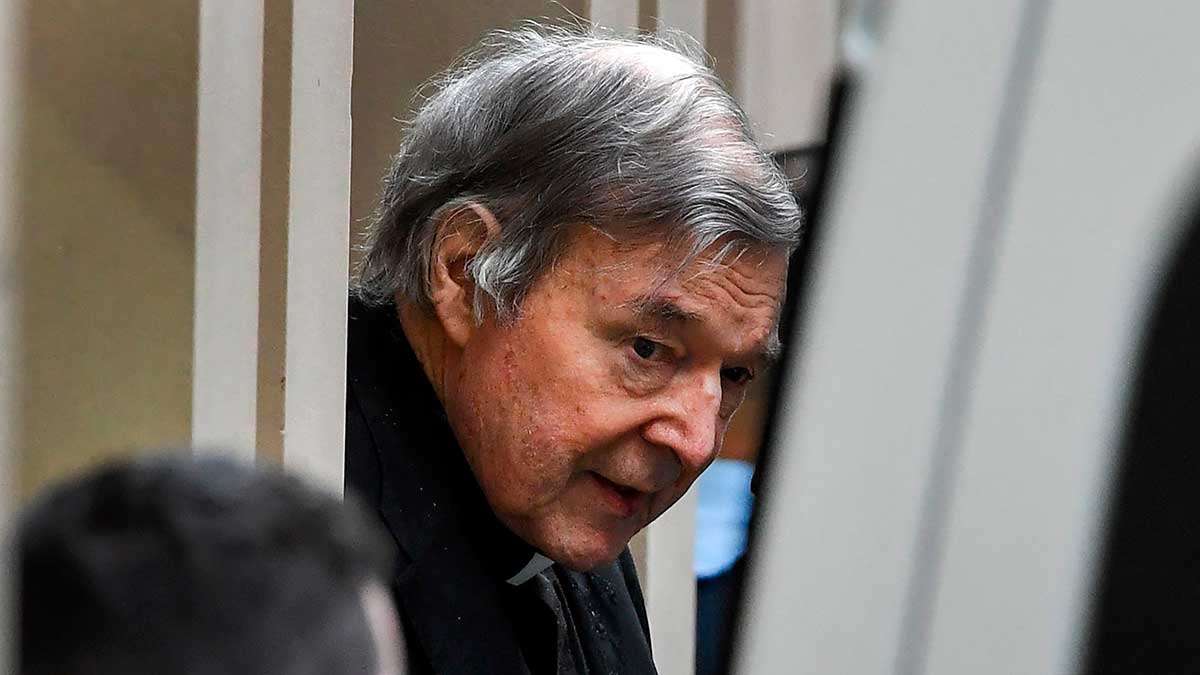 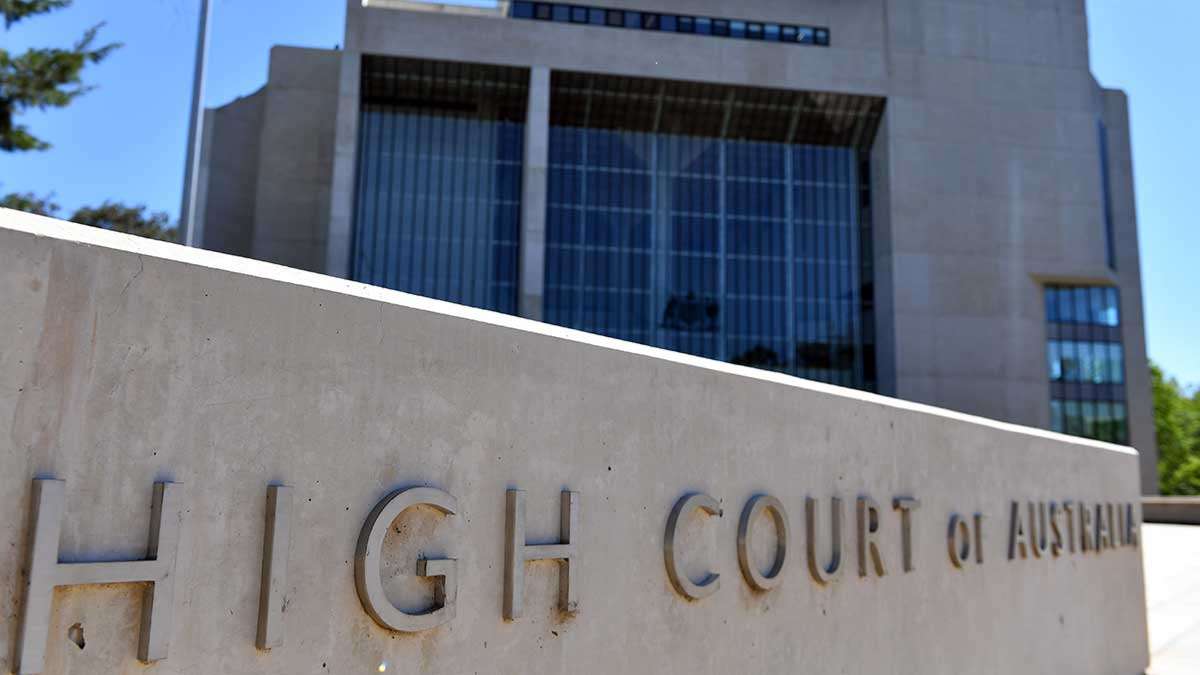 Appeal bid back on

High Court in Canberra referred Pell’s bid for leave to appeal against his five sexual abuse convictions to the full bench of the court, which will hear it in April 2020 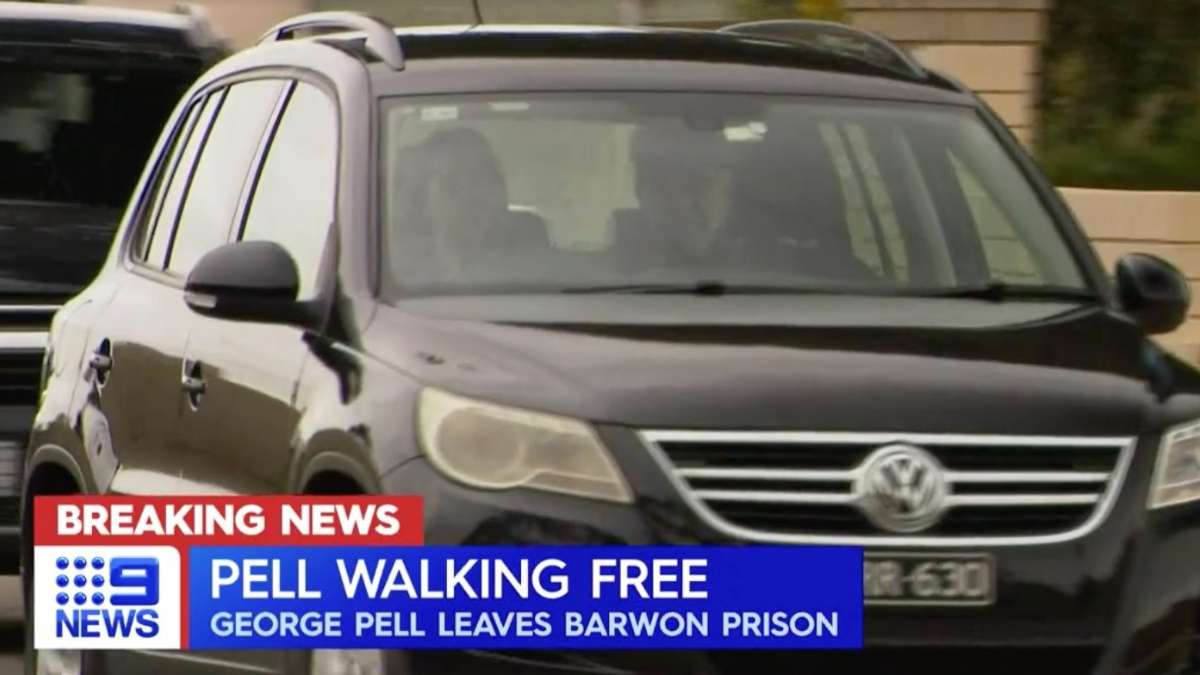 High Court quashes convictions and grants Pell leave to appeal. He will be released from Barwon Prison.

* A second indecent act is committed by Pell against one of the choirboys in a corridor at the cathedral, the same jury found.

* The Herald-Sun reports Pell is being investigated by Victoria Police’s Sano taskforce for “multiple offences” committed while he was a priest in Ballarat in the 1970s and Archbishop of Melbourne.

* Pell says the allegations are “without foundation and utterly false”.

* Under Vatican rules, Pell gives Pope Francis his resignation on his 75th birthday, as is customary. It is not accepted.

* Victoria Police officers travel to Rome to interview Pell over the abuse claims. He voluntarily participates in the interview.

* He denies the charges and vows to clear his name.

* Pell takes leave from his Vatican finance chief role to fight the charges.

* Supporters set up a fund to help Pell fight the charges.

* Prosecutors drop one of the charges against Pell.

* A month-long committal hearing begins to determine if Pell will face trial.

* Mr Richter claims police conducted a “get Pell operation” and accuses Melbourne magistrate Belinda Wallington of bias. She refuses to disqualify herself from the case.

* Ms Wallington orders Pell stand trial on some charges but throws out others.

* The 1990s “cathedral trial” begins in the Victorian County Court in Melbourne.

* Pell pleads not guilty again to one charge of sexual penetration of a child under 16 and four of indecent acts with a child, over incidents involving two 13-year-old choirboys at St Patrick’s Cathedral in 1996.

* The jury is discharged, unable to reach a verdict following a week of deliberation. Some jurors weep.

* A retrial begins. The jury members aren’t told of the previous hung jury.

* Pell is found guilty on all charges by an unanimous jury.

* Suppression orders prevent Australian media reporting the verdict but it spreads through international media within hours.

* Hearings begin ahead of the second trial. Prosecutors drop another charge.

* An appeal is filed against the cathedral trial conviction.

* Prosecutors withdraw all remaining charges against Pell and drop a second trial over allegations Pell indecently assaulted boys in Ballarat in the 1970s when he was a parish priest.

* Pell is taken into custody on February 27 as the plea hearing begins.

* Pell is sentenced by County Court Chief Judge Peter Kidd to a maximum of six years in prison. He must serve at least three years and eight months in jail before being eligible for parole. He will be a registered sex offender for life.

* Court of Appeal considers Pell’s application to challenge his conviction on June 5 and 6.

* Court of Appeal rejects Pell’s appeal in a 2-1 decision, meaning he will remain behind bars.

* Pell lodges a special leave to appeal application with the High Court.

* High Court hands down its judgment on Pell’s final appeal bid, quashing his child sexual abuse convictions. He will walk free from Barwon Prison in Victoria.