Australia's gymnastics federation has promised to take action after multiple former gymnasts allege they were subject to emotional and physical abuse during their careers.

Ex-athletes took to social media this month to share their own experiences of the "toxic" culture which included body shaming, verbal abuse, and being forced to train through pain by coaches and staff.
Gymnastics Australia has called on more athletes to come forward and said it's ready to support those who do, setting up "listening groups" to improve its procedures, as well as a confidential complaints procedure.
"We acknowledge and applaud those who have spoken up -- their courage and their voice," read a statement from Gymnastics Australia CEO Kitty Chiller.
"We see the passion that people have for the great things about our sport and we are grateful to all of you who want to help us make our sport as safe and supportive as it can be in the future.
"We are here to help you and to support you and we genuinely want to hear about your experiences and your suggestions."
Many former athletes say they've been inspired to speak out by the Netflix documentary 'Athlete A' which focuses on the culture of abuse in USA Gymnastics that ultimately led to the downfall of team doctor Larry Nassar in 2018
The disgraced former USA Gymnastics and Michigan State University doctor was sentenced to 40 to 175 years in prison, after more than 150 women and girls said in court that he sexually abused them over two decades.
Mary-Anne Monckton, who won two silver medals for Australia at the 2014 Commonwealth Games, said the documentary "brought up a lot of old memories, painful ones that I had pushed down so deep."
"This culture has been normalized within our sport and has impacted many young gymnasts lives. These negative experiences have left me with deep scars and will take years to heal," she wrote on Facebook.
Olivia Vivian, who represented Australia at the 2008 Olympics, also said achieving her lifetime goal left her a "broken athlete" and a "broken person."
"Change isn't easy, and it certainly doesn't happen overnight. We have to accept and acknowledge it might take many years to rebuild, especially with a sport as difficult and time-consuming as gymnastics," Vivian wrote on Instagram.
"I can only control what I can control and today that's just sharing stories and making it clear that some behaviors aren't ok for the future well-being of our athletes." 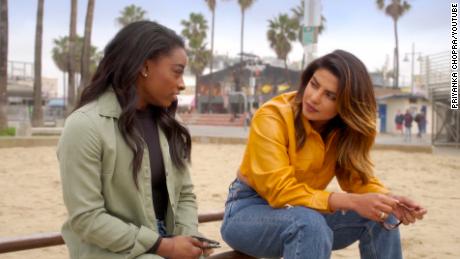 Simone Biles opens up about Nassar abuse 01:23
It follows a number of incidents across the world where young athletes have been subjected to abuse.
Last month, South Korean triathlete Choi Suk-hyeon took her own life at the age of 22 with her teammates noting "habitual physical and verbal abuse" during her career.
A Human Rights Watch report also found that "violence and abuse" are too often a part of the child athlete's experience in Japan.
In a statement sent to CNN, the Japan Sports Agency (JSA) said it has read the HRW report and recently exchanged views with them.
"Violence in sports instruction is not permissible," said the statement.