Aboriginal and Torres Strait Islander children have some of the highest rates of ear infection in the world, and it can often lead to hearing loss. But a new screening program is helping identify the problem much earlier, before it becomes permanent.

He suffered from multiple ear infections and a burst ear drum before being diagnosed with chronic hearing issues.

His father Luke Cavanagh, a Bundjalung man who lives in Newcastle, says it made it incredibly difficult to communicate with his toddler.

“He'd just hum or he'd be crying, screaming at us because we couldn't understand anything he was saying, it was hard,” he told SBS News.

“It was frustrating because we didn't know what he wanted ... he was trying to speak with us, trying to tell us something, but we couldn't understand.”

But in March, Tjandamurra was given a life-changing bone conduction hearing aid.

He was able to hear clearly for the first time, and then eventually speak, a moment his family had waited so long for. 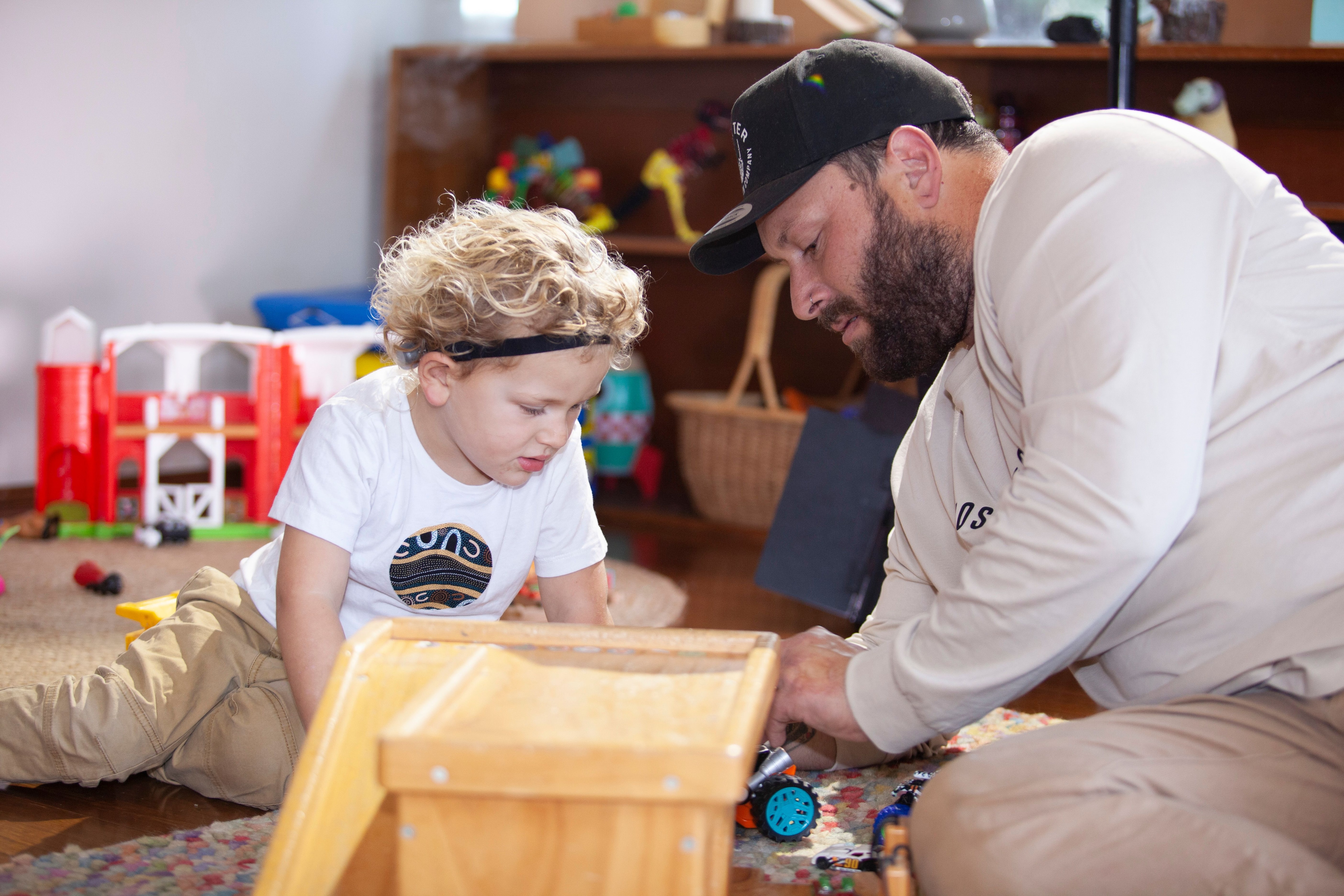 Tjandamurra has now been fitted with a hearing aid.
Supplied

“It was a very special moment, it sought of brought a tear to our eye, me and my partner. It was great actually,” Mr Cavanagh said. “It was pretty exciting, to actually hear words come out of his mouth. It took a long time to get where he is now.”

It took almost a year of trying to get doctors appointments and seeing specialists before Tjandamurra finally got the help he needed.

A pop-up clinic at his local Indigenous childcare centre was offering free screening assessments and his parents jumped at the chance for him to be checked.

The screening tool, made available by Hearing Australia, found Tjandamurra's levels were below average, but his hearing aid is helping.

Samantha Harkus, principal audiologist of Aboriginal and Torres Strait Islander services at Hearing Australia, says the tool helps families pick up issues much earlier. Most Indigenous children were not receiving hearing devices until the age of eight, she said.
"We knew that we had a big problem and we really needed to look at what we could do to reach those children way, way, way earlier, particularly in the first three years. That's when they're brains are growing super fast and they're learning all sorts of things about listening and communication.”
Hearing Australia's national assessment program, which rolled out last year, found almost 500 Indigenous children suffered hearing loss across 76 communities, with studies showing they are five times more likely to be diagnosed than non-Indigenous children.
The issues usually begin with infections like otitis media, a build up of fluid in the middle ear. In Northern Territory communities, almost 90 per cent of children suffered from the infection, accounting for some of the highest rates in the world.

“They're already starting to cue into their child's listening behaviourism, they've learned about the kinds of things to look out for and they come in and talk about what they're observing," she said.

"The tools also really build the parent and carer knowledge about the listening behaviours to look out for in their children."

ENT surgeon Dr Kelvin Kong, a Worimi man and the first Aboriginal fellow of the Royal Australasian College of Surgeons, says he is seeing the benefits too and it is critical to identify the problem early.

“Don't leave a stone unturned to get that help because that's what makes a difference," he said. "That breaks my heart that if you're Aboriginal or Torres Strait Islander then you can't dream the same dream as every other kid - we need to change that.”

“Treat it, look after it and most importantly bring our kids on the pathway of fulfilling their dreams of whatever they want to do and that's the goal of what we're doing here.”

Tjandamurra is currently on the waiting list to see Dr Kong to make sure he's on the right track.

And for now, his father says he and the rest of his family are enjoying his first words.

“Now he can call out to Mum, Dad, all of his siblings and that. He's got all their names down pat, so it’s good.”

More information about how to find your nearest hearing centre and services for Aboriginal and Torres Strait Islander people can be found at hearing.com.au