An Australian family accused of incest are headed for an extraordinary joint trial that could happen later this year. 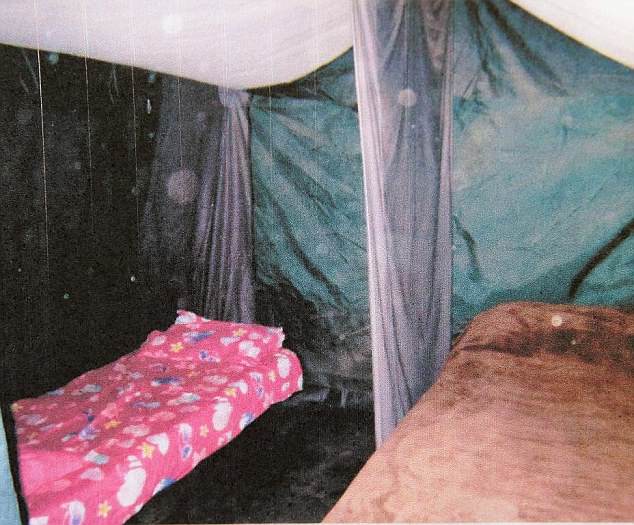 Filthy past: This is the inside of the filthy Boorowa, NSW camp where Betty Colt’s kids lived

Seven of the accused indicated on Thursday they will waive a committal hearing in a bid to speed up legal negotiations ahead of a trial, news.com.au reported.

Roderick is the only one who will seek a committal hearing, his lawyer told Central Local Court.

Charges for the group include alleged incest, child sex abuse and aggravated assault.

Rhonda, Raylene and Roderick have been granted bail since their arrest last year, while Derek is set to apply for bail next month. 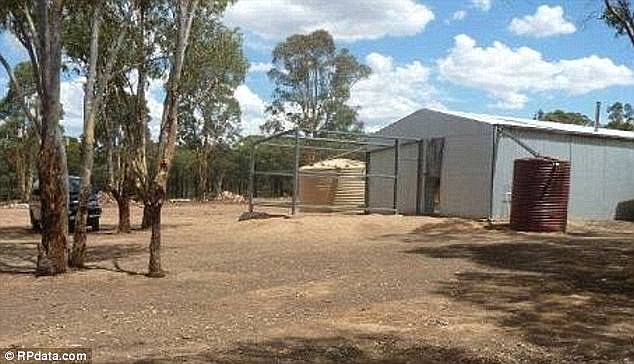 The Colt family was living in sheds, tents and caravans (pictured) when discovered in 2012

A hearing is set for the clan on May 23, where the family members will appear either in person or via audio-visual link from a prison.

The family have been given court-appointed pseudonyms to protect the children’s identities.

When the family were discovered, 11 of the children were inbred. Few knew how to use toilet paper and many had ‘warped’ ideas about sex and hygiene.

COLT CASE: INSIDE THE CAMP THAT SHOCKED THE WORLD 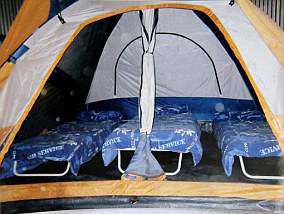 The discovery of generations of an allegedly incestuous family living in squalid conditions in rural New South Wales six years ago revolted Australia and stunned the world.

The 38-member ‘Colt’ clan was found crammed into rundown caravans, sheds and tents in the state’s south in mid-2012 after a conversation about family sex was overheard in a school playground.

Authorities removed 12 illiterate and malnourished children from the camp, including five of Betty Colt’s children, and placed them into care. All but one were inbred.

It was described at the time as the worst case of incest uncovered in Australia. Below is a family tree MailOnline pulled together from court documents at the time. 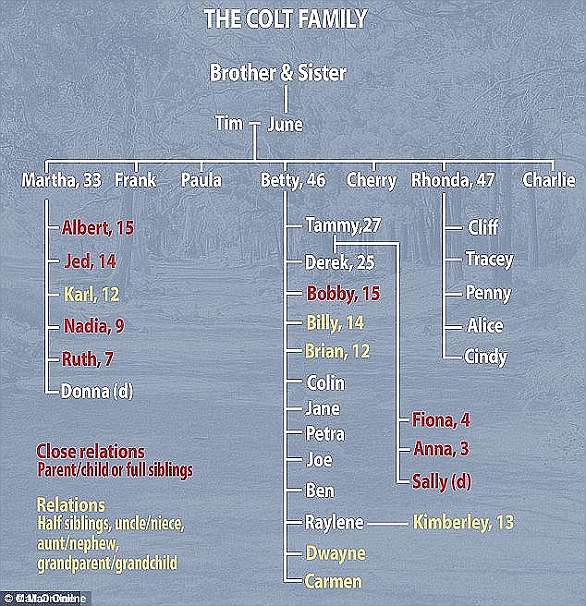 ‘I’ll never get over what I saw there,’ one female police officer later reportedly told a colleague.

The children told officials of generations of alleged sexual abuse by adults on children and siblings on siblings, involving boys and girls as young as 12.

Officers swooped on the remote property after one of the children was overheard saying his sister was having a baby.

But the family did not know which brother had fathered the child.