he merger of the Family and Federal courts is the biggest risk to the lives of women and children this country has ever seen, an even greater risk to their lives than poverty – after all, charities are often there to pick up the pieces when the government fails again to come through with welfare.

Attorney-General Christian Porter proposed the collapse of the stand-alone specialist Family Court of Australia into the Federal Circuit Court. Among the many bills the government is attempting to push through this year, this is the most dangerous. The Law Council, not known for its bolshiness, says the bill was developed without any appropriate consultation and Porter is pursuing it despite concerns about the merger’s risks to families expressed by every single relevant organisation in Australia: Women’s Legal Services Australia, Community Legal Centres Australia, NATSILS, family violence service providers, the legal profession and others.

These are not people who have any financial skin in the game. Those suffering through divorce and separation will always need lawyers. What they have in common is an abiding investment in better lives for families who come before the Family Court. They include former Family Court chief justices Elizabeth Evatt, from 1976 to 1988, and Alastair Nicholson, from 1988 to 2004. Evatt says the court was set up to be specialised with dedicated judges and counsellors, with enlightened awareness of family violence and abuse.

"We were a team with a single mission to help families in trouble," she said. "Merging would be a disaster. Australia should be proud of the Family Court and it should receive adequate resources." Nicholson is equally opposed. He says the changes would be a reversion to the ’50s and ’60s where families slugged it out privately with no expertise to guide them through. "You will end up with circuit judges who don't have any family law expertise and are quite likely to misunderstand the system," Nicholson says.

The federal government merger will ensure that inexperts, that is, judges with next to no training or experience, are bringing down decisions that affect women and children. It is not the first time that a Coalition government has degraded arguably the most important court in the land – John Howard began the process when he sliced the funding which resulted in the removal of the court’s crucial inhouse counselling.

UTS senior lecturer in law Jane Wangmann says the family law system has a number of problems including the urgent need to address improvement of skills around dealing with family violence. “But this merger won’t address any of those problems,” she says. UNSW senior lecturer in law Noam Peleg says: “Without [judges’] intimate knowledge of a very complex area of the law, the merger of the courts will only exacerbate the problem.” 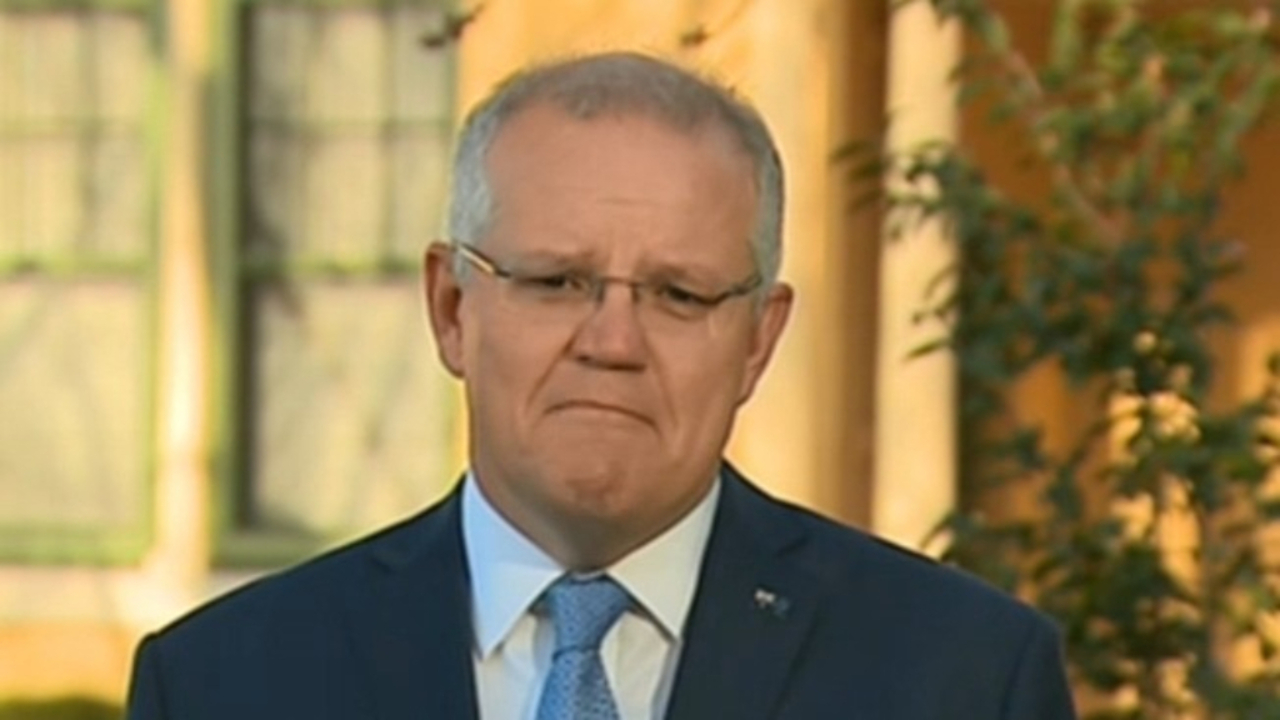 Prime Minister Scott Morrison says the Family Court system needs to be improved as the government launches an inquiry.

Now here we are with this catastrophic intervention into the court being rushed through in the dying days of 2020. Labor and the Greens have said they will not support the bill. That leaves the five crossbenchers who are all at twos and threes. At least one senator’s office was told the vote would not be this year. Another senator has made opposition to the bill plain. And Rex Patrick is nominated by others as the man most likely to roll but he says no one has called him for a meeting. Patrick has personal experience with the Family Court and is at least honest enough to say the court is underfunded and the bill does nothing to address that chronic starvation of money. He says he is doing his best to go through it line by line. I remind him that Family Court judges aren’t being replaced at the rate they are disappearing. Ah, maybe he will ask Porter to insert a minimum number of judges clause in an amendment, says Patrick.

One former Family Court judge who served the court for years says the Family Court has not been a popular institution among politicians for a very long time.

"In my darker moments, I think they have this idea to undo the Family Court and they don’t like being frustrated. This move suits the forces of darkness," he says.

Wendy Kayler Thomson, for three years head of the Law Council’s family law section and for 25 years a family law practitioner, says the proposed changes are about money but also about much more than money.

"Abolishing a court where the only focus it has is on family and children is not the way to fix the current problem. The complexities of the issues among separated families have increased over the last few decades. To merge the Family Court with a generalist court diminishes the seriousness of the response. It will put women and children at risk. It is about nothing more than ideology. It is as if the government is saying, ‘We have got our last chance to get rid of another Whitlam initiative.'

" It can’t be anything other than ideology because there are so many different groups opposed to it."

PricewaterhouseCoopers Australia was engaged by the federal Attorney-General's Department to undertake an independent assessment of the "operational efficiency of the federal courts" in relation to family law. Real independence means you get to explore all the possible avenues to fix the problem (and, yes, the Family Court of Australia has a problem. Overworked, underfunded and completely disrespected by politicians). This particular independent review did not consider "detailed or broader reform opportunities, revised budgetary allocations or reform opportunities within general law", according to PricewaterhouseCoopers Australia partner Zac Hatzantonis, who gave evidence at the relevant legal and constitutional affairs legislation committee hearing in 2018.

Cathy Humphreys is the leading social worker researcher in Australia and a professor at the University of Melbourne: "To me, the Family Court is the Achilles heel in domestic and family violence response. Far too little attention is paid to the lives of children and we have established very clearly that living with domestic violence is harmful for children. Untrained judicial personnel have very little understanding of the ongoing dynamics and trauma of domestic and family violence."

And if the bill passes, we will be exposing an entire generation of children, never mind their mothers and fathers, to judges who have no idea what they are doing.

Jenna Price is an academic at the University of Technology Sydney.

DISCLAIMER
===========
In publishing a story from the media on our website, the Child Protection Party is not indicating support for or rejection of the content of the story. The story is published to allow you, the public, to offer your opinions which informs the Party and helps us develop policy positions.