This comes just after Queensland school kids were shown pornography on their Zoom lessons.

Zoom video conferencing has seen a big increase in usage since COVID-19 hit and left everyone with the only option of communicating virtually through a screen.

In the past they were mainly for corporate meetings - but now many kids across the globe have had to get on Zoom when participating in online learning.

Disturbingly, this has seen an alarming new trend known as “Zoom-bombing” in the US where uninvited guests hack into session and broadcast videos depicting child sexual abuse, the NBC  reports.

The FBI has received more than 240 reports of their Zoom sessions being invaded by such abhorrent footage.

The concerning issue has prompted the agency to call on anyone who has experienced “Zoom-bombing” incidents to fill out an online questionnaire.

This comes just one month after Year 5 students at Emmanuel Catholic Primary School, in Mackay Queensland, were exposed to pornography after their Zoom lessons were allegedly hacked. 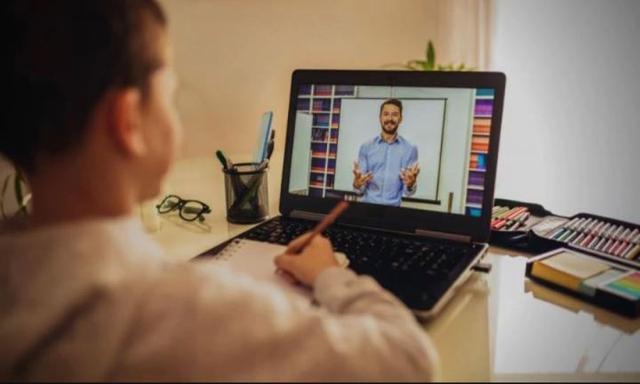 A Diocese of Rockhampton Catholic Education Office spokesman said the lessons were "compromised" by an "unknown source".

"Teachers responded immediately and closed the lesson," the spokesman told the Daily Mercury.

"Following this incident, the school's leadership team members personally contacted the parents of the students involved with counselling support being offered."

Queensland Police were immediately informed and security measures have been reviewed for lessons to continue.

"The principal of the school indicated to students, parents and teachers that every effort is being made to ensure that students can return to their online learning program," the spokesman said.

"The school continues to work with IT experts and the Queensland Police to investigate the source of the issue."

A Queensland Department of Education spokesman said the Zoom technology was not being used in public state schools as it had been deemed unsuitable.

Zoom is a remote conferencing service that allows you to communicate with other people through video and audio calling, chat, online learning and webinars.

The basic version of Zoom is free, with a number of paid plans also available. The free version supports 40-minute online meetings for up to 100 people, virtual backgrounds, sharing notes on screen and sending images, files, gifs, stickers, emoji and memes.

Zoom uses SSL encryption however, this is not equivalent to end-to-end encryption and is not considered secure.

For information on using Zoom safely, head to the eSafety Commissioner website at www.esafety.gov.au/key-issues/esafety-guide/zoom