Pedophiles are rebranding themselves as “MAPs” or “Minor Attracted Persons” in an effort to gain acceptance and be included into the LGBT community, according to several reports from LGBT news sites.

These pedophiles seek to be a part of the LGBT+ community, even going so far as to make a “Pride” flag for Gay Pride Month.

THIS IS A FLAG FOR PEDOPHILES 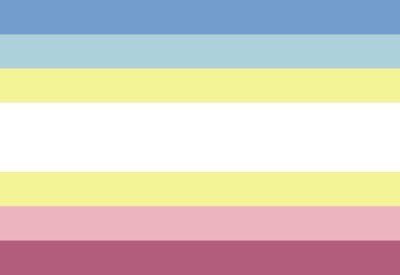 The “MAP/NOMAP community” tries to pull at people’s heartstrings by claiming that pedophiles are misunderstood marginalized people, and that as long as their attraction to children is not acted upon —  or in some cases when they get permission from the child — that they should not be villainized.

Sites such as “The Prevention Project” claim to be aimed at helping children, posting quotes like the one below, reminiscent of testimonials of struggling gay youth, under headlines like “everyone needs support”.

Many blogs exist on Tumblr showing support for MAPs, claiming that they should be a part of the LGBT community and attempting to create “safe spaces” for these “minor attracted persons”. The blog “Pedophiles about Pedophilia” also presents many sob stories of “marginalized” pedophiles in pretty pastel colors, claiming that they mean no harm and just want to be loved like everyone else as shown in such headlines as “Why Pedophilia And Pedophiles Are Not A Risk To Children”, “Growing Up A Pedophile” and “How I came out as an anti-contact pedophile to the woman I love”.

This name change seems to follow in the liberal trend of rebranding things by giving them more “politically correct” names, but is the next step really normalizing pedophilia?