A public education is anything but free in Australia, with principals forced to rustle up extra income streams and parents forking out hundreds of dollars in school levies.

From sausage sizzles, corporate sponsorships and levies, state school and recruiting mums and dads to help fill the funding gap.

In 2015, $1.8 billion flowed into public education in Australia from private income sources – an average of $752 for each student.

Dr Anna Hogan from the University of Queensland’s School of Education said the idea that state schools were “free” needed to be challenged, with some schools raising more than $2 million a year from private sources. 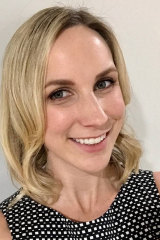 “Principals feel they have to engage in these kinds of practices because they feel they’re not getting enough public funding,” she said.

“But also, how much can you ask from a public school parent to pay in school fees?”

Schools are padding out their budgets by applying for grants, hiring out halls, running after school programs and featuring corporate advertising on billboards, newsletters and sports uniforms.

Parents must also fork out for various fees and levies at Queensland state schools.

Fees, charges and parent contributions equated to $963 per student at the prestigious Brisbane State High School in 2018, according to MySchool data.

Students at the inner-south school are expected to have their own iPad (which can cost from $499), while there are also subject fees (for example $100 for hiring a musical instrument, $50 for year 10 accounting and $150 for visual arts), a general levy ($260), a bring your own device fee ($80), uniforms and textbook costs.

Children who want to participate in extracurricular activities must pay their way, including $590 for rowing, $215 for rugby or $60 for chess.

Dr Hogan said one P&C president told her small bake sales and sausage sizzles were losing favour, but a cook-up outside Bunnings could raise $3000.

“They see that as a pretty good return on investment if they can recruit the volunteers,” she said.

“This P&C regards itself as ‘small fish’, but the president says they won’t do a fundraiser unless they can make more than $1000.”

Dr Hogan said the amount of money raked in from parental contributions and fees tended to rise with a school’s socio-economic advantage.

“Previously it all went to air-conditioning, but with the government picking up the bill, that fundraising can be reallocated into other things, like support for students, support into classrooms,” he said.

“While state schools provide a free education to students, families contribute to the costs of some extra things like textbooks, uniforms and extracurricular activities – this represents a great investment in their child’s education,” she said.

“We greatly value the role of our school P&Cs and their additional fundraising effort in support of our students.”

Ms Grace said the Queensland government provided a textbook and resource allowance to help eligible high school students and principals would always work with families who were unable to meet certain costs.

The Australian Research Council has awarded Dr Hogan $427,882 to investigate the issue over the next three years.