A group of organisations wants the prime minister to avoid policies that trap children in poverty, saying the Covid supplement enabled parents to ‘buy necessities, like fresh fruit and vegetables, and access medical care’ for their children. Photograph: Dan Peled/AAP

Scott Morrison has been urged to avoid policies that trap children in poverty as he weighs up whether to cut unemployment benefits at the end of this year.

Save the Children, the Australian Council of Social Services (Acoss) and 15 other organisations involved in children’s welfare have written to the prime minister urging him to use the forthcoming budget to provide “a social security safety net that accounts for children’s developmental needs”.

Amid uncertainty about the rate of the jobseeker payment that will apply from December, and with the government set to hand down its delayed budget in October, the groups argue the temporary increase in social security payments during the pandemic had made a major difference to people’s lives. 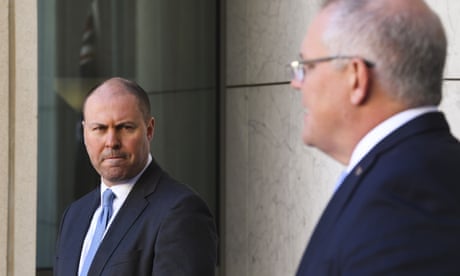 “We have seen the striking difference that an adequate payment rate, through the coronavirus supplement, has made to children’s lives by enabling their parents and guardians to buy necessities, like fresh fruit and vegetables, and access medical care,” said the groups, which also include Unicef Australia and Goodstart Early Learning.

“Every child in Australia should have access to these essentials throughout their childhood, not just during the current crisis.”

In July, the government announced the temporary coronavirus supplement would continue beyond its scheduled expiry in September, although recipients would get $300 less per fortnight. But it has not yet clarified what will happen after December. 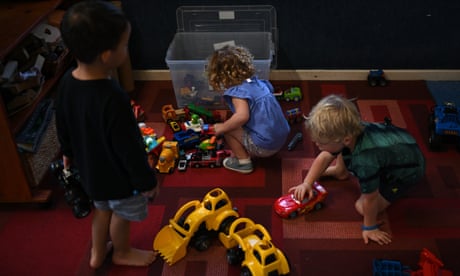 While Morrison has argued “that jobseeker at the elevated levels cannot go on forever”, he has also hinted that he anticipated “there would obviously need to be some continuation of the Covid supplement post-December”.

The deteriorating economic situation caused by the second wave of Covid-19 infections and tighter lockdown measures in Victoria has already prompted the government to tweak eligibility for the jobkeeper wage subsidy.

The latest Treasury forecasts indicate the lockdown in Victoria will likely push unemployment in Australia up to 10% by the end of the year and will cost the national economy between $10bn and $12bn.

In the letter to Morrison, the groups said the pandemic had already affected children “in some very negative ways” but Australia now had “a window, with clear public appetite, to make structural changes in how we support our children into the future”.

While it did not specify the rate, the letter supported the position of Acoss that there should be a “permanent and adequate” increase to jobseeker, youth allowance and related payments, such as the parenting payment, to ensure everyone could cover the basics.

It said this included single parents, who needed a single parent supplement to cover their additional costs, as well as restoration of wage indexation to the Family Tax Benefit.

Paul Ronalds, the chief executive officer of Save the Children Australia, said his group had joined with other leading organisations “to highlight just how important it is to raise the rate of payments to parents for our nation’s children and their future”.

“With so many more children likely to be living in households reliant on government payments due to Covid, it is absolutely critical that this support is sufficient to provide for life’s basics,” he told Guardian Australia.

Ronalds said the research on the impact of parents’ financial stress and insecurity on children’s development “could not be clearer”, with experiences in the early years defining a child’s life trajectory.

“We do not want to see more and more children living in poverty in this country – it’s clearly detrimental to our children: their health, mental health and their safety,” Ronalds said.

The cabinet’s expenditure review committee will be meeting regularly in the lead up the October budget. The finance minister, Mathias Cormann, on Sunday kept the door open to making further changes to economic support measures “if facts change”.