Alleged pedophile Jadd William Brooker will stay behind bars – a judge cancelled his bail after hearing claims he has already acted on a stated desire to deliberately infect a child with HIV. Killer driver’s sentence slashed, soon to be eligible for parole 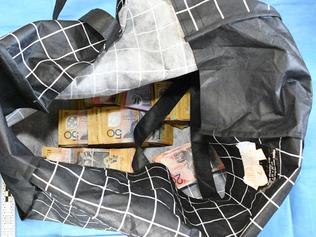 An HIV-positive alleged pedophile’s release on bail has been cancelled after a court heard he has already acted on his “desire” to infect a child with the virus – and filmed himself doing so.

On Friday, the Supreme Court overturned an order that Jadd William Brooker be granted home detention bail, saying his alleged offending was “appalling”.

The court heard that, having analysed just 30 per cent of one of Brooker’s eight online accounts, police had identified alleged victims across SA, Australia, Canada and Italy.

That had prompted police to lay an additional 38 charges, with more expected as officers trawl through 4.5 million images and 50,000 messages on his computers.

Brooker’s counsel accused police of resorting to “emotive” language to bolster their case, but Justice Mark Livesey said their reactions were understandable.

“There’s a degree of emotion but I need not dwell on it – simply looking at the bare description of the allegations is enough,” he said.

“One of the investigating detectives says, in his affidavit, he regards this as the worst and most degrading set of offending he has seen in 14 years of investigations.

“Bail should be revoked.”

Brooker, 38, of Glenelg East, was originally charged with multiple aggravated and basic counts of disseminating and possessing child exploitation material.

Police last week alleged those offences, committed between December 2015 and August this year, were just the start of their case against Brooker.

They say they have gathered, and continue to gather, evidence showing he:

HAS expressed the “intention to infect both children and adults with HIV”.

HAD ongoing, illegal sexual relationships with two teens – one of whom has since died by suicide, the other of whom is awaiting HIV testing results.

INDUCED the second teen to perform sex acts which, once recorded on video, can be counted among child exploitation material of the “worst category” recognised by law.

CAN be connected to more than 40 other alleged pedophiles around the world.

PURSUED 19 other children, aged between 13 and 19, for sex over apps such as Skype and Telegram.

On Wednesday, the Christies Beach Magistrates Court released Brooker on strictly monitored home detention bail to live with his grandmother.

The court noted he had no criminal history, a stable and supportive family and would otherwise be in custody until April next year while investigations continued.

That decision prompted the appeal by prosecutors, who also fear he will interfere with investigations or delete online material they have yet to access.

She said police detected Brooker’s alleged offending after arresting another man – the subject of separate charges – with whom he had correspondence.

Of the 350,000 viewed by police so far, 10,000 allegedly contained child exploitation material – 7000 of which were not “pre-existing” in the online pedophile community.

“From those, police have already identified three complainants – one who has died, one who is interstate and one who is in Italy,” she said.

“These images are certainly of the most heinous nature (and) the allegations are extremely serious in respect to (the interstate teen).

“We have a conversation between Brooker and another like-minded individual, discussing his desire – not threat, desire – to infect children with HIV.

“There is footage of unprotected sexual interaction with that child, who is now having to be tested.

“This is no idle bragging between people conversing on the internet – there is evidence this occurred.”

“From just Skype and Telegram, there are eight or nine additional, unidentified potential victims,” she said.

“One is in Canada, others are in Australia, and there is at least one in Adelaide.

“And that’s just 30 per cent of one Skype account, there are at least two … we say bail should never have been granted.”

“The offending has been put in an extremely emotive way,” he said.

He revoked Brooker’s bail and remanded him in custody to face court again in April next year.